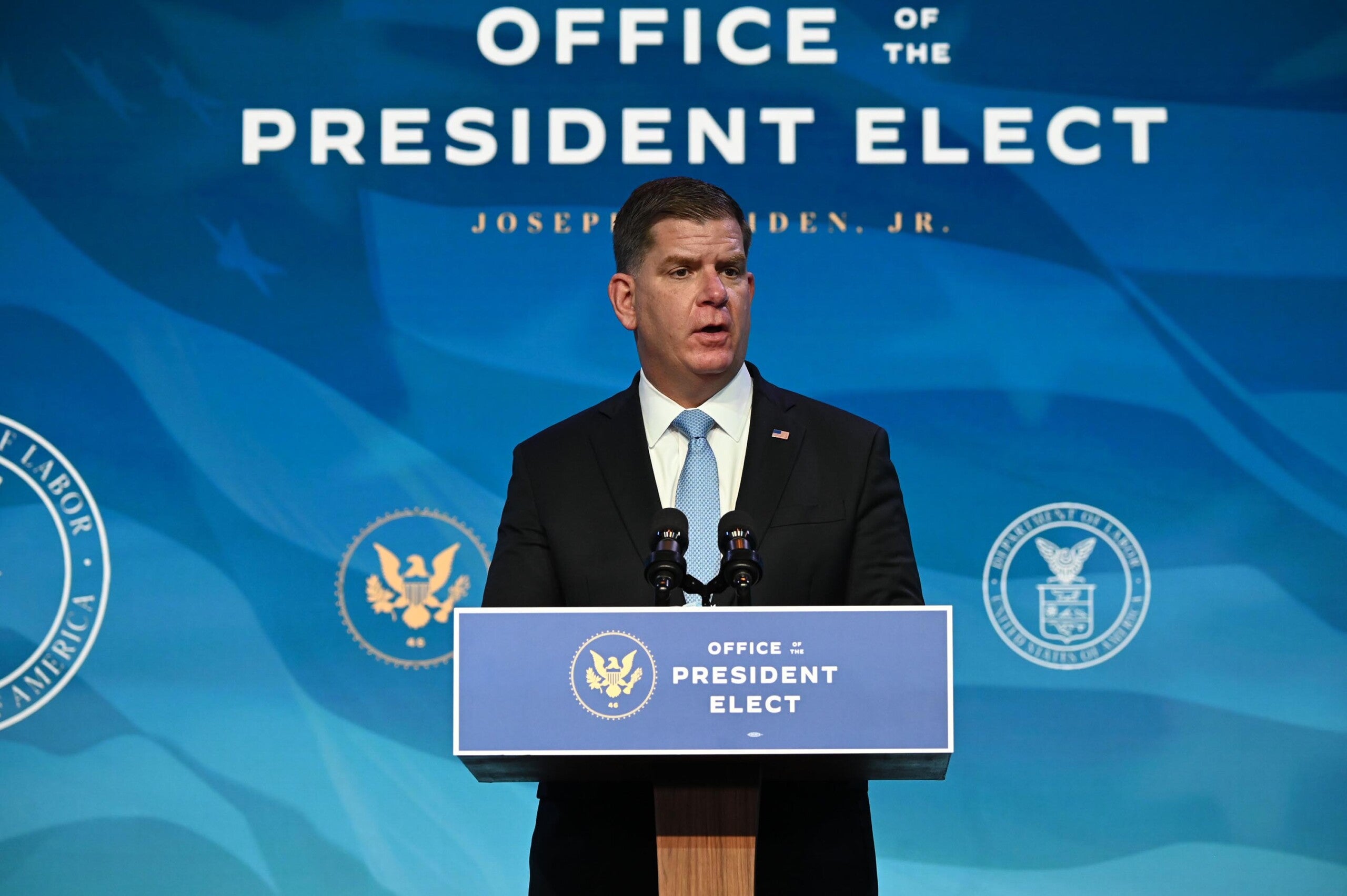 (CNN) — The Senate confirmed Boston Mayor Marty Walsh to be Labor secretary, elevating the former union boss to oversee the federal department in charge of workplace conditions, benefits and rights.

Walsh first joined the Laborers’ Union Local 223 at age 21. By 2011, he had risen to lead the Boston Trades Council, a group that represents ironworker and electrician unions, among others. He’s served as mayor since 2014.

At his confirmation hearing, Walsh spoke of pivotal moments in his life — from having cancer as a child, to following in the footsteps of his father’s union job and recovering from addiction — that have informed how he views the work of the Department of Labor.

“Workers’ protection, equal access to good jobs, the right to join a union, continuing education and job training, access to mental health and substance use treatment. These are not just policies to me, I lived them,” Walsh said. “Millions of American families right now need them. I’ve spent my entire career at different levels fighting for them.”

His nomination could expose some fault lines in the labor movement, particularly on questions of climate policy and diversity, that were largely set aside during Biden’s campaign to defeat Trump.

Walsh outlasted California Labor Secretary Julie Su, who was believed to be among the finalists, and Michigan Rep. Andy Levin, who had support from major unions like the Communications Workers of America and United Auto Workers. Su would have been among the highest ranking Asian American officials in the administration if she were selected.

But Walsh’s confirmation was a victory for AFL-CIO President Richard Trumka, who rallied his federation of 56 unions to back the Boston mayor soon after Biden won the election in November.

“It’s difficult to overstate the importance of this moment,” Trumka said. “For four years, working families have lived with a Labor Department devoted to serving a handful of elite interests. Now, the power to enforce safety and equity in our workplaces has been handed from a ruthless corporate lawyer to a proud union brother.”

Of the 23 Cabinet-level positions requiring Senate consideration, 21 have now been confirmed.

Last week, the Senate voted to confirm Deb Haaland as the Interior secretary — the first Native American Cabinet secretary in US history — Isabel Guzman to lead the Small Business Administration and Xavier Becerra to be secretary of Health and Human Services, the first Latino to hold the position.