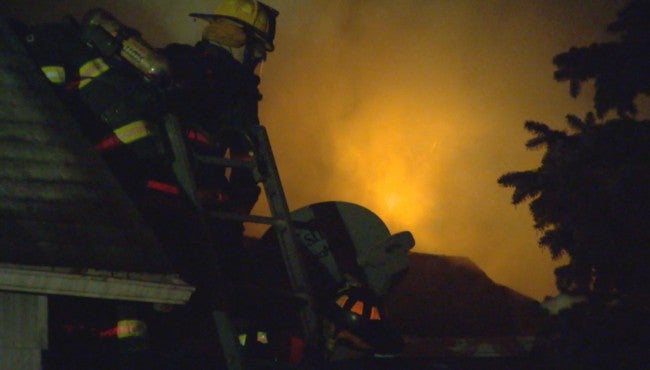 The fire started in a home in the 100 block of Elder Avenue just before 7 p.m. Heavy fire could be seen coming from the roof.

According to Captain Rita Reith, four people lived inside the rental home. Neighbors kicked in the front door to alert the family to the fire coming from the roof. Everyone, including two dogs made it out of the home safely.

Firefighters ran into some trouble when a fire hydrant froze. The hydrant was quickly fixed.

Reith said the fire was possibly an electrical fire.Damage was estimated around $45,000.