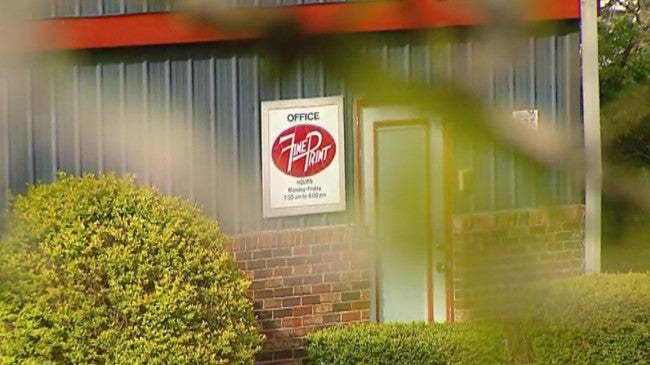 BLOOMINGTON, Ind. (WISH) — It’s been a disturbing and unsettling feeling for family and friends of Daniel Messel since news of his arrest and murder allegations.

His coworker told investigators they were at a bar in downtown Bloomington playing trivia last Thursday night.

But when Messel didn’t show up to work Friday morning, his coworkers knew something wasn’t right.

Messel has worked at Fine Print for the past eight years. The store is less than two miles away from the Indiana University Bloomington campus.

Messel’s manager was too shaken up to talk on camera, but told 24-Hour News 8 by phone that he had no idea about Messel’s past history. He just knew that the 49-year-old man was always on time, a hard worker, and did great work.

Messel even represented the company last year at the Vital Quiz Bowl, where he and three other team members played trivia to raise money for the adult literacy program at the Monroe County Public Library.

Some people living in Messel’s quiet Bloomington neighborhood were at a loss for words Monday evening.

“You never think it’s going to be your neighbor,” said a neighbor who didn’t want to be identified.

The neighbor who didn’t want to be identified lived down the street and saw the commotion up the road last week. She didn’t think it would end like this.

“I don’t know what all the other neighbors think, we haven’t been out talking about it, but I mean what do you say to that?” she said.

Messel is now charged with murder for the death of Hannah Wilson. The senior was just two weeks shy of graduating from IU.

24-Hour News 8 did some digging and found that Messel has a lengthy criminal record. He most recently spent time in prison after pleading guilty in 1996 to charges including battery with a deadly weapon.