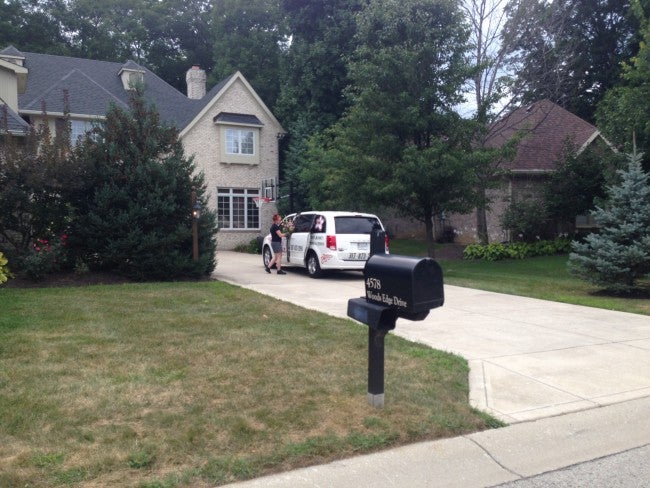 ZIONSVILLE, Ind. (WISH) — There were little signs of life outside Jared Fogle’s home. The blinds were down the lights were off and no one answered the door.

Some neighbors tell 24-Hour News 8 that Fogle hasn’t been spotted in the neighborhood since agents raided his home back in July.

Various people have stopped by to cut the grass, set out the trash and pick up the mail; however, neighbors say the home has remained dormant since those visits.

Some neighbors appeared unwilling to talk about the investigation. Wendy Brant, one of Fogle’s neighbors did talk.

“I feel terrible for the children involved with this, shame, shame,” said Brant.

One neighbor adds that she wouldn’t be surprised if Fogle’s home goes up for sale in the near future.

Strangers and neighbors drove by the house Wednesday afternoon snapping photos of the Fogle family home.

Zionsville Police Department made patrols around the neighborhood, while creeping past Fogle’s house.

Late in the afternoon, a company tried to drop off flowers at Fogle’s home but no one answered the door.

Brant adds she believes redemption is available for Fogle.

“That’s what Christ died for, he died for our sins. He has to apologize to the victims.”