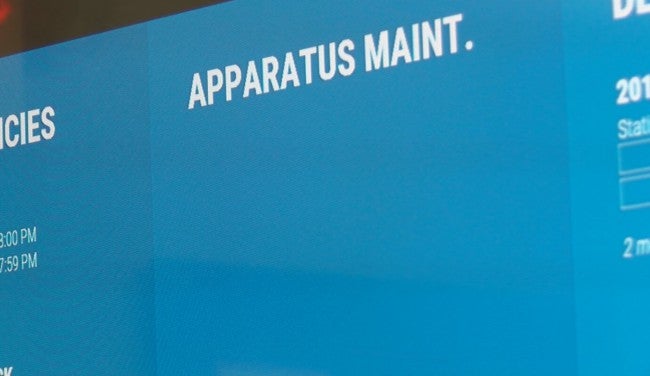 When firefighter and EMT Kyle Erickson hears an emergency call, before he gets into the ambulance, he looks at a new screen.

It’s been installed recently at the department and makes the dispatch process visual.

“It’s actually through a phone application called Active 911 that works with our dispatch system to give us both the run type and the best way to get there,” he said.

Typically the fire fighters hear the type of emergency and address over the radio.

It’s traditionally up to the navigator to determine how to get there.

But this system plans a route on this screen and even sends the map to their cell phones.

“We’re given the best route to get to that destination. That may only save us a few seconds, but in a situation that seconds can make an enormous difference, we’ll take any advantage we can get,” he said.

He said Westfield crews often help other nearby departments on calls.

“In those specific cases, it’s very important to have turn-by-turn directions because we don’t know those districts as well as we know our own,” he said.

“With everything from who’s on vacation that day, to the day’s activities, to what apparatuses are out-of-service because of maintenance issues,” he said.

It even connects them to social media.

It’s working so well in Westfield, other Hamilton County fire departments are working to get them installed as well.

Ericksen said the screens cost an initial $1,400 for the development of the program.

There is a $150 annual fee for each of the three screens.

The program is funded through the fire department’s operational budget.