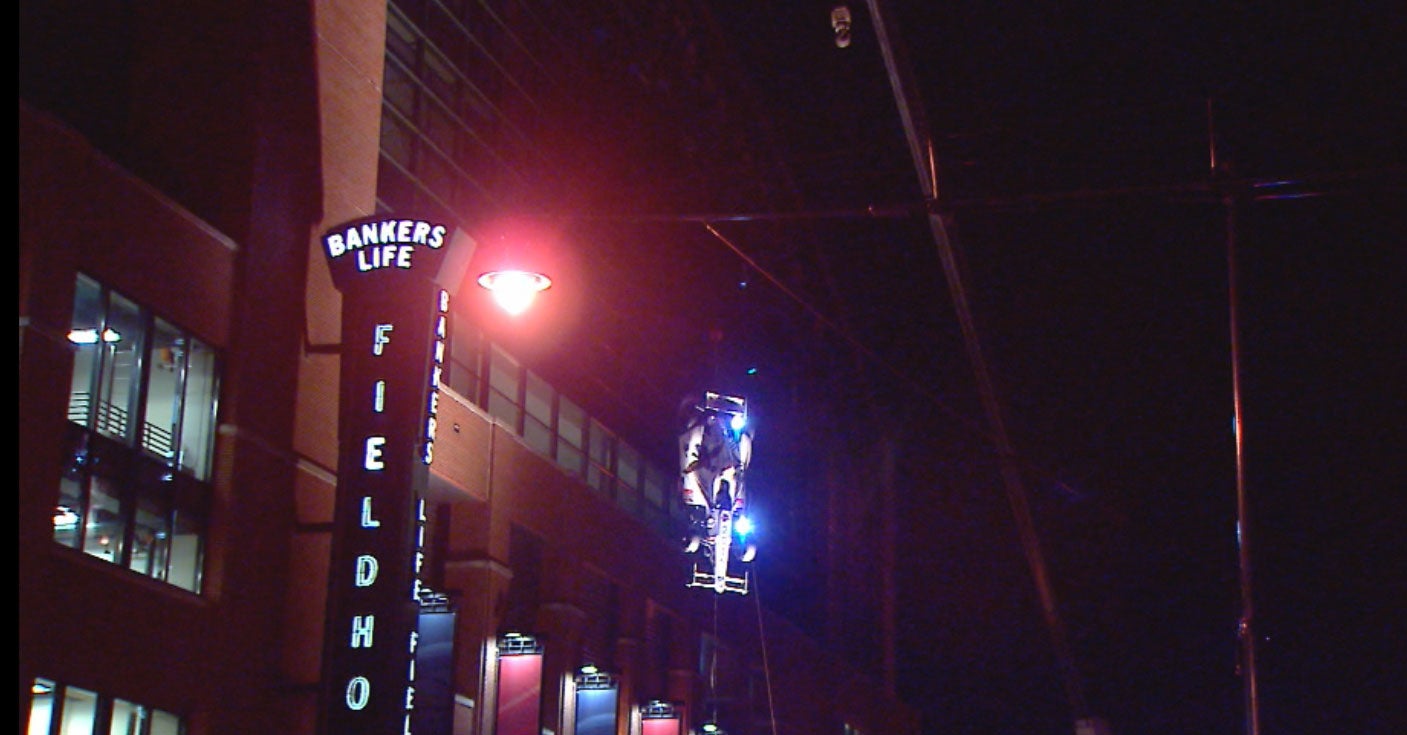 At midnight, an Indy car was lowered along Georgia Street and the response wasn’t all positive.

The event was packed full of more than 22,000 people waiting to ring in the new year.

“I think we knocked it out of the park for a first time event,” said Downtown Indy Vice-President of Marketing Bob Schultz.

It was a first for Indy. An Indy car suspended in mid-air in the heart of Georgia Street.

“It definitely had the Indy signature on it. It brought forth a lot of great partners who love Indianapolis,” Schultz said.

“I think that’s pretty cool and it was pretty unique cause I actually watched a couple of shows from New York and Miami. Nothing compared to what we actually did here,” said Mitch Parsons of Indianapolis.

“It was really cold, you have to take that into consideration. I just think dropping a car is kind of trying to copy somebody,” said Brian Lemmer of Indianapolis.

Those reviews spilled over to social media where hundreds voiced their opinions.

On 24-Hour News 8’s Facebook page, Adrienne Qualls wrote, “There was no audible countdown, so it was anti-climatic. Cool idea, but executed poorly.”

LaToya Toliver said “Job well done to all involved!!! Me and my babies had a blast!!”

“Could have been done better; I think they need to come up with a different idea,” said Oliver Nix of Indianapolis.

Complaints included lackluster fireworks and more bands. 24-Hour News 8 took those complaints to organizers who said the last time they had an event of this size was during the Super Bowl. Schultz said those sponsors also spent millions of dollars to pull off such an event.

“It takes the almighty dollar of a sponsor to bring forth free events for the public and to stage a first time event without any history around that event,” he said.

Despite those mixed reviews, Downtown Indy said they’ve already started the countdown clock for next year’s event. They said they hope to have even more sponsors aboard to expand the celebrations.