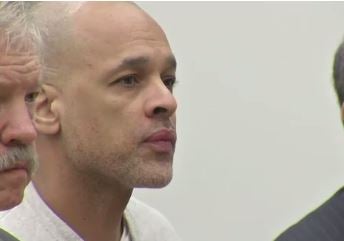 Prosecutors refer to him as the ninja burglar because he’s accused of terrorizing homes in the middle of the night while disguised as a ninja.

They said Costanzo is a convicted rapist and registered sex offender who admitted to nearly 150 break-ins that  started in 2005.

Investigators confiscated the clothes he wore during the burglaries, which were black shirts, pants and gloves.

The district attorney said most of Costanzo’s crimes were across high end Staten Island neighborhoods. They  said they released surveillance video  of him holding a ladder and scouting out a home in Grymes Hill before he allegedly put on his dark clothing and struck one of his victims. The victim said he had an encounter with him eight years ago when he found him at one in the morning in his kitchen holding nunchucks.

“And there, standing facing me was a ninja; a guy dressed up as a ninja,” Phil Chiolo, victim said.

Police from around the tri-state area said they linked Costanzo to the widespread cases because of the interviews with him, and how the break-in patterns were similar.

“He detailed how he targeted homes between 6:30pm and 7am,” McMahon said.

Prosecutors said even though Costanzo is accused of more than 100 of the crimes, they can only charge him in connection with three because of the statute of limitations.CNN contributed to this report.