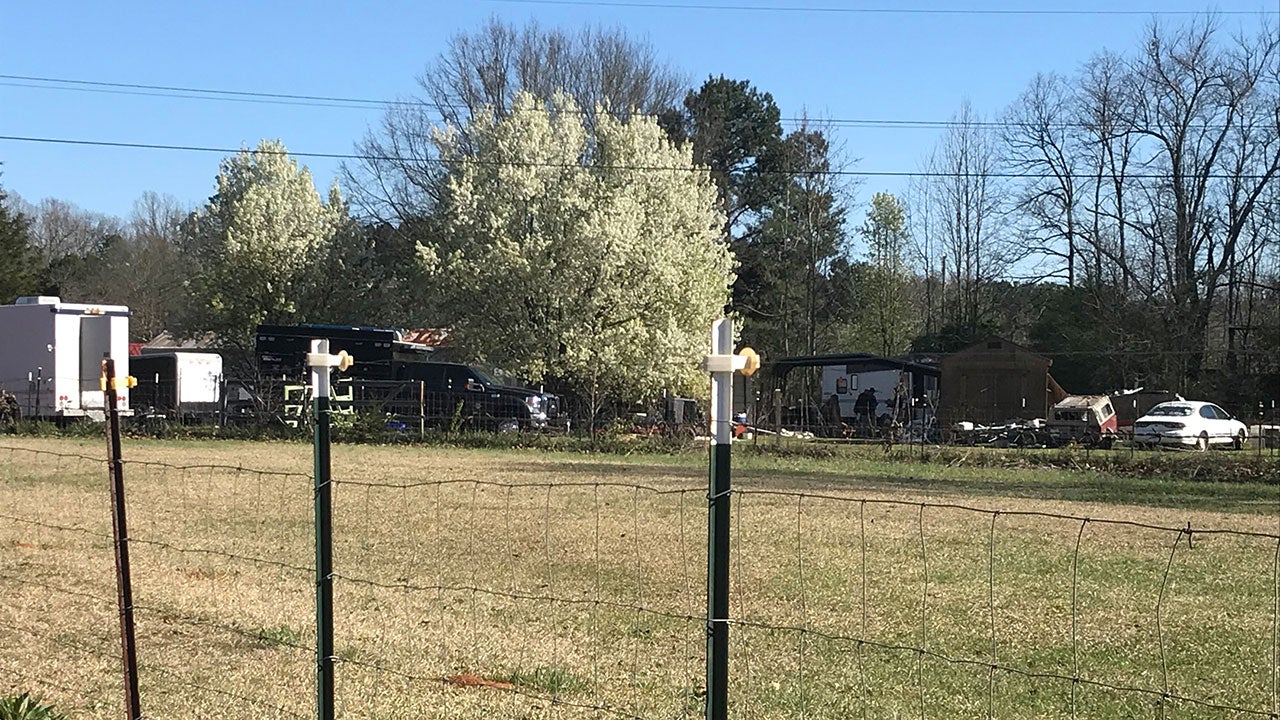 GREENVILLE, SC (WSPA) –  Several bombs and other boxes containing notes pledging allegiance to the Islamic State and claims that “War has been declared” were found in part of Anderson County since January 30, according to FBI testimony in a hearing for the person of interest who was federal court Thursday in Greenville.

27-year-old Wesley Dallas Ayers was arrested Saturday at a home on Travis Road for Possession of an Unregistered Firearm, according to the U.S. Attorney’s Office.

During the hearing, the FBI says that Ayers’s fingerprints were found on two of the devices.

It was also reported by the FBI that other explosive devices were found in neighbors’ properties on Travis Road.

When investigators searched the property on Travis Road, they say they found pieces of chemical reaction bombs buried in an ottoman in a hole. Also inside the ottoman, investigators found batteries, glowsticks, copper fittings, green tape, clips, and a fishing pole with lines.

A rifle, handgun, and an animal mask were also found on the property, according to investigators.

When he was taken into custody, Ayers was also wearing a necklace with Arabic writing, according to the testimony.

Investigators say they also spoke with two people including a confidential source who witnessed Ayers making containment vessels and gunpowder in 2017.

Ayers’ defense attorney stated that items found could be purchased anywhere and that his father runs a HVAC business on the property.

At this time, Ayers has not been charged in connection with the bombs.

A judge denied bond for Ayers at the hearing.

December 17: A victim reported that a bomb had exploded in her yard on Travis Road. Investigators say Ayers’ fingerprints were found on a bottle along with wires allowing them to be attached to a drone and delivered.

January 30: An explosive device in a wicker box was found be a man and his 14-year-old daughter in the road at the corner of Travis Road and Martin Road. The device detonated around 9:00pm. Investigators found an oil filter, insulated wire, screws, clothes pin, a AA battery, glow stick, and a paper that depicted Osama Bin Laden in front of the White House with flames inside and a jihadist flag overhead.

A second box was discovered by a witness less than a mile away around 6:30am near Martin Road, parts of that box were recovered from water.

February 4: A black box was found on Highway 29 with wires coming out of the top. Investigators say the hoax device had writing on the outside referencing a previous Islamic bombing plot from 1995.

Also included were three typed pages stating that the January 30th incident was only the start and that the community would continue to receive these gifts until the Islamic State flag would fly high. It also includes phrases like “War has been declared” and “Tuesday was just a practice round.”

February 15: Around 10:18pm, a small teddy bear was found in a basket with blowing eyes  in the middle of Little Mountain Road. Investigators say it was found to be a live, active device powered by Sunbeam batteries.

February 18: A black box with white wires was found and determined to be a hoax. That box was found in the middle of Highway 29. Inside, investigators found two pages written in red and black marker with writing pledging allegiance to the Islamic State. It also included “The time is almost upon you!” and “We are 30 miles away but we aren’t telling you in what direction.”

February 24: A box was found at 1:55am at the corner of Travis Road and Little Mountain Road which was a wooden box with what investigators described as an attempt at Arabic looking character on it. Investigators say there was a live explosive device inside which included gunpowder in a copper pipe.

Several yards away, investigators found a chemical device bomb with some of the same materials as previous devices. Investigators say that bomb had already gone off before the found it.