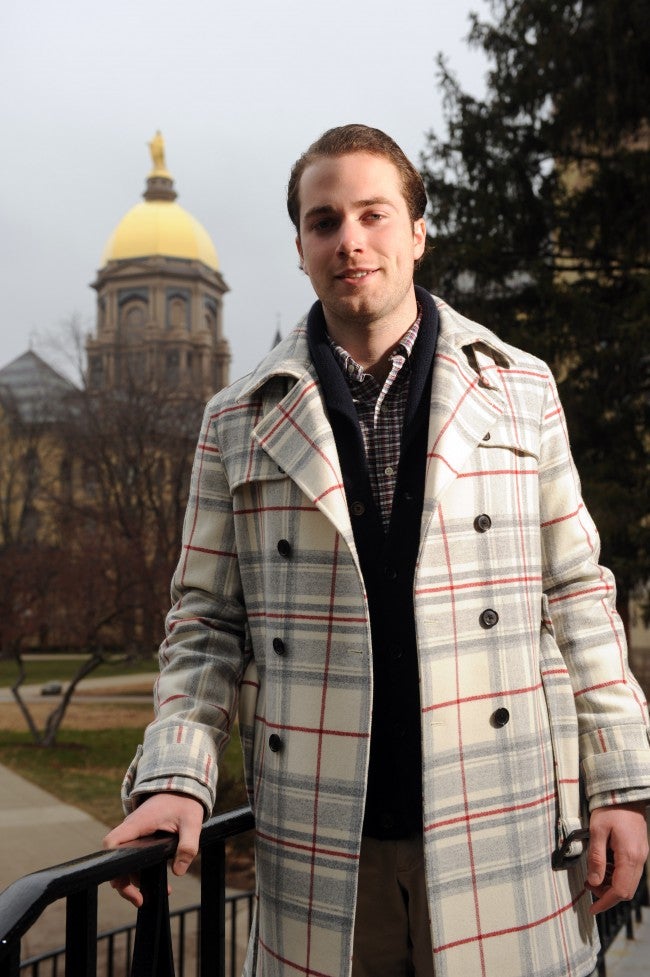 SOUTH BEND, Ind. (AP) – As the U.S. wrestles with how to respond to a series of volatile racial incidents, the University of Notre Dame is offering a class this semester on white privilege that it says aims to help students become more aware of injustices.

The course description says the one-credit elective, offered in preparation for a conference, is designed to educate students about the definitions of white privilege and its causes and effects. Though the school offered a similar workshop last year that was not for credit, the class has drawn some objections this time around.

Notre Dame’s sociology department Chairman Rory McVeigh said he believes whites do have privileges that non-whites don’t, and the seminar is appropriate for a Catholic university that prides itself on social justice.

“That’s what the course is about: to examine what research and literature tell us about that question. There are lots of ways in which people are privileged in a number of ways,” he said. “There are subtle ways in which race still matters. Students can agree or disagree. Students are free to think race doesn’t matter anymore. But there’s a whole lot evidence that suggests that’s just not true.”

Recent news, particularly the killings of two unarmed black men by white police officers in Missouri and in New York that touched off protests and national debates, show that “the issues and divisions have not been solved,” McVeigh said. Notre Dame’s women’s basketball team drew attention when players wore “I Can’t Breathe” T-shirts in pregame warmups, a reference to the New York chokehold case.

Students said the class was widely discussed on campus after a senior business major who objected to it was interviewed on Fox News. Mark Gianfalla said the university should cancel the class or restructure and rename it to cover the concept of privilege from every angle, “not in a sole sense that attacks Caucasians.”

“By allowing a course to be taught that white privilege exists means that Notre Dame believes this – that it’s a viable theory to be taught in a classroom. That’s not acceptable,” Gianfalla said.

McVeigh said the pass-fail course will examine other types of privilege and disadvantage that might be rooted in gender or social class. “It’s an investigation into ways in which race still shapes social interactions. It’s not to say that’s the only thing that matters,” he said.

Notre Dame isn’t the first university to tackle the subject. American University in Washington, D.C., has offered a class called “White Privilege and Social Justice” once a year since 2004. According to the course description, the class “examines how white privilege intersects with gender, class and sexuality.” It is a three-credit class that usually has 20 to 25 students, the university said.

Sociology professor Celine-Marie Pascale said when she introduced it as an “experimental class,” there was some opposition, including letters to the student newspaper.

Pascale said there hasn’t been much resistance since and noted that white privilege is an accepted discipline in academia.

Notre Dame’s course may be drawing increased scrutiny because of its timing.

“It’s definitely a very relevant topic right now,” said Stephen High, a master’s student in business management, who is white and from nearby Granger.

Lidya Melaku, a business sophomore from Lancaster, Pennsylvania, who is black, said she doesn’t believe the class should be offered.

“It’s just segregating the races more,” she said. “I don’t think we should talk about one race. That’s what would segregate people.”

McVeigh said after the school offered the seminar less formally last year, participants thought it should be a class. Students who applied for the 10 spots will attend a conference in Kentucky in March, with the university paying, which plans to examine concepts of privilege and oppression.

John Ahn, a freshman business major from Montgomery, Alabama, who is of South Korean descent, said he doesn’t oppose the idea of the class on the predominantly white campus. But he isn’t convinced it will have an impact.

“I don’t think it’s a subject you can teach in a classroom or seminar setting,” he said.