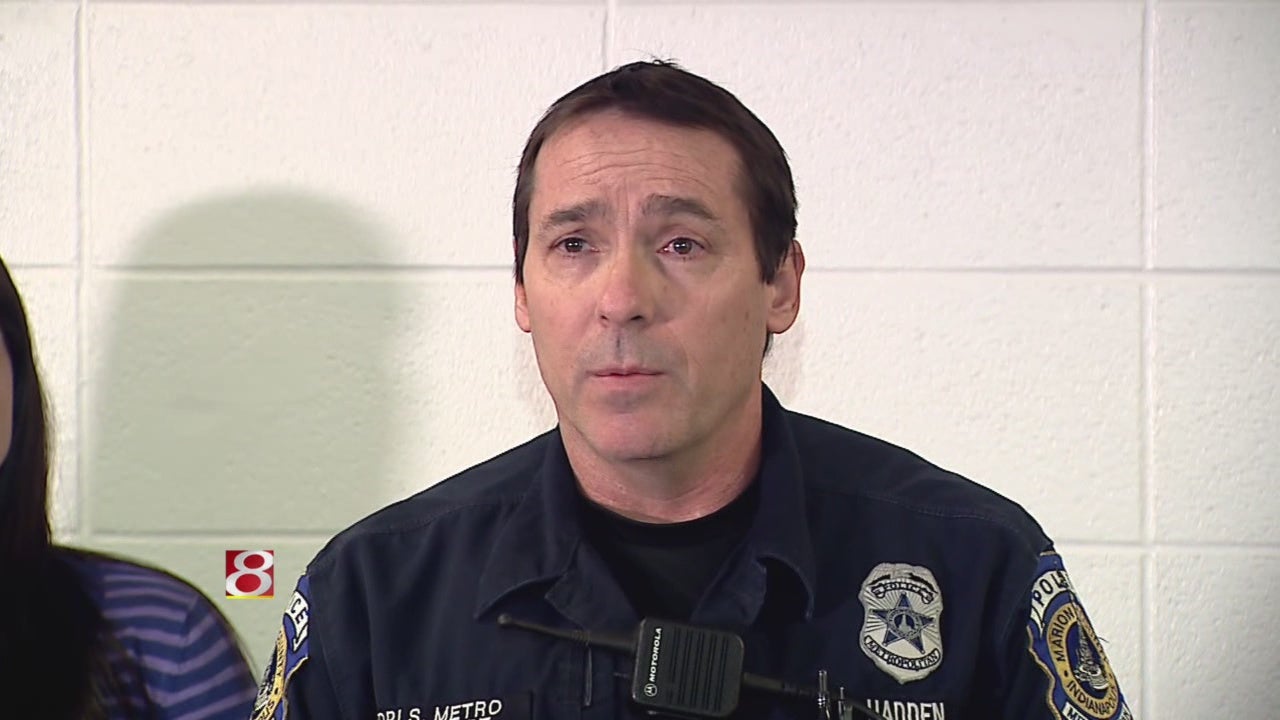 INDIANAPOLIS (WISH) – Three IMPD officers are being called heroes after saving an Indianapolis man from his burning home.

A dispatcher also helped. While IMPD officers were busy responding to shots fired calls right after the new year, there was one dispatcher monitoring the fire status screen that shows the runs the fire department were on. She helped get officers to the scene quickly.

“I just happened to notice that the fire department received a call the fire with entrapment,” said dispatcher Shelby Dyson.

So Dyson dispatched three IMPD officers to the scene of the house fire. Officers Brian Thorla, Gary Hadden and Skip Copeland were on scene before firefighters arrived.

“That whole side was on fire and flames were coming, the embers were coming back out of the house,” said Officer Brian Thorla said.

“When I pulled up I could hear somebody screaming and Officer Thorla thought the screams were coming from the rear of the house which is possible because I think the victim moved from the bedroom and tried to get out himself,” said Officer Gary Hadden.

Officer Thorla went to the back of the house. Officer Hadden, continuing to hear the victim’s cry for help and forced his way through the front door.

“I can’t believe he went in too. It was a fully engulfed front part of the house,” said Officer Thorla.

“I got my flashlight out. I know he could see my light, but he wouldn’t be able to see me because I couldn’t see him,” said Officer Hadden, “I found him on the floor; I was able to pick him up put him up under my arm and take him out of the house.”

But getting out of the house proved to be difficult. Debris from the fire was falling down as Officer Hadden and the victim tried to escape.

“As we were yelling, he was able to hear our voices and come back to the front door,” Officer Thorla said.

“They both, I don’t know, tripped or fell at which time Officer Copeland grabbed Officer Hadden and took him out and I took the victim off the porch and pulled him out to the driveway, away from all the flames,” said Officer Thorla.

Officer Thorla said the entire ordeal took about 20 to 30 seconds. Officer Hadden said he wouldn’t hesitate to do it again.

“It’s our job and if we are called to action, it’s what we do. It’s what we need to do,” Officer Hadden said.

The victim, 25-year-old Sam Medley had burns over most of his body. He’s listed in critical condition at Sidney & Lois Eskenazi Hospital.