Parents of killed construction worker ask drivers to slow down 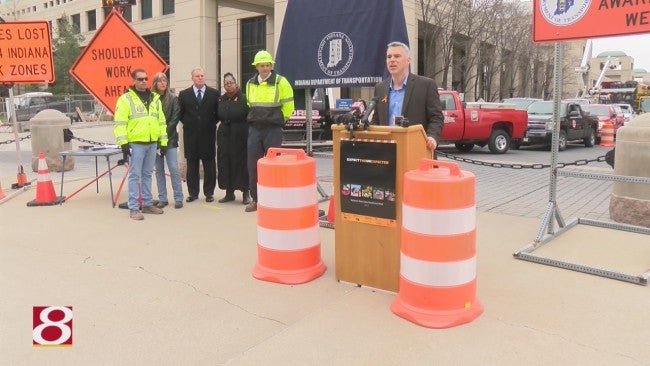 INDIANAPOLIS (WISH) — The parents of a road construction worker hit and killed during his shift are asking Indiana drivers to slow down in work zones.

Coty Demoss was hit by a pickup on I-69 during his shift last May. He would have turned 25 this week.

His parents, Dennis and Chana Demoss, joined Indiana Department of Transportation officials at the Robert D. Orr Plaza on Tuesday as they warned people that more workers will be on the roads during upcoming warmer months.

“It is our mission to make a difference and have some good come from that devastation,” Chana Demoss said at the event.

INDOT Deputy Commissioner Ryan Gallagher says the state will spend more than $1 billion dollars on construction this year, and millions more in maintenance.

Gallagher is reminding drivers that the orange cones are somebody’s workspace.

“Just like you go to work every day and you want to return home the same way you came to work, we want the same for our workers,” Gallagher said.

Along with Coty’s father, Gallagher unveiled new signs that will be displayed on interstates. They read “Slow down. Save a life. We’re all in this together.” The signs are the result of collaborations between INDOT and the Road Construction Awareness Corp. RCAC was formed last year after Coty’s death.

“I know our son would be proud of what we’re doing. It’s the only thing we can do. Try to make good come out of such a bad time,” Chana said.

Construction projects currently underway include an expansion of I-65 near Greenwood and an update to U.S. 31 in Hamilton County. More construction will happen in those areas as the weather warms up.