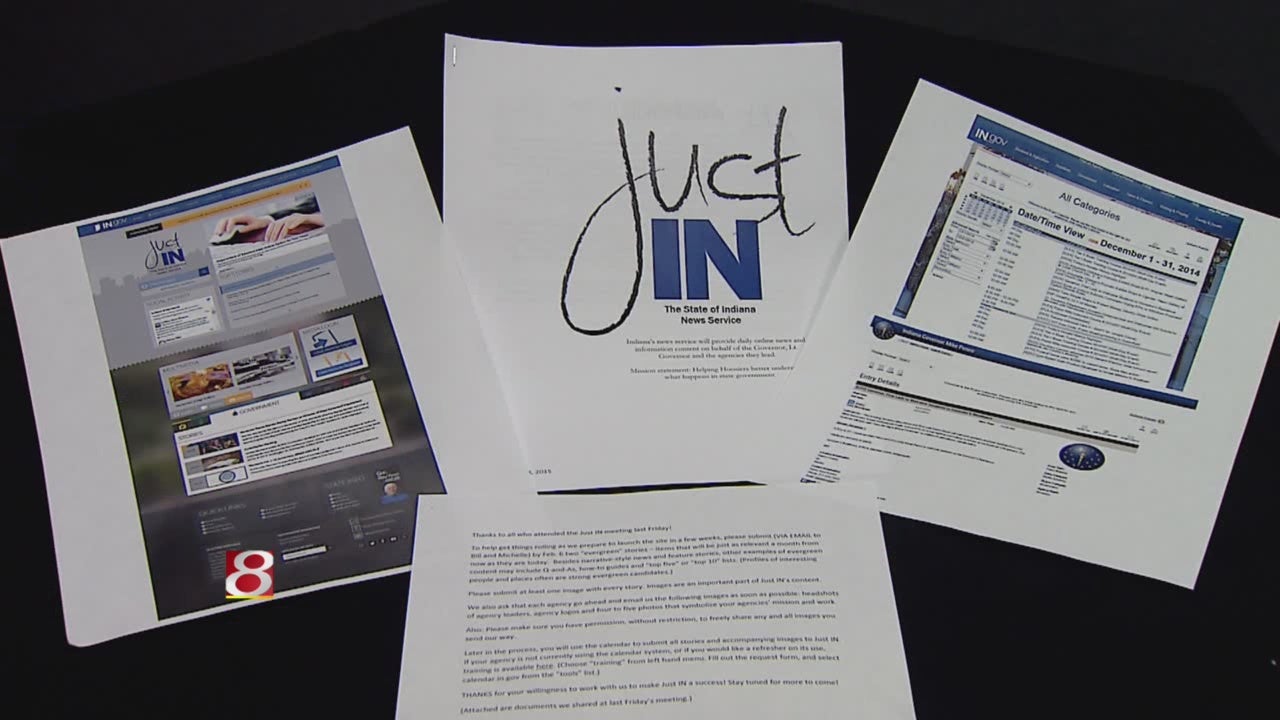 INDIANAPOLIS (WISH) – The Pence administration is prepared to drop the idea for a controversial new website that has been called a state run news agency.

First, there is an effort to convince the media that mistakes will be corrected.

The governor’s communications director, Christy Denault, met with the media Wednesday and admitted that the wrong terminology was used in planning for the Just IN website. For example, the title of “managing editor” will be changed to “content manager.” She said there is no effort to make an end run around the media.

The governor was in Fort Wayne where, again, the belief that he is launching a state run news agency distracted from his effort to take credit for federal approval of HIP 2.0.

“It’s really our intention from the outset and going forward,” he said, “It was really to create a website that’s a resource for the press and the public, not a news source.”

Denault said that the administration was simply looking for a better way to present information that is already going out. She disclosed mock pages for the website that won’t go live until at least mid-February and said it will contain news releases not stories, even though internal documents call for daily stories.

“We were very dismayed that we caused so much consternation and confusion,” she said. “Was never the intent.”

Political opponents of the governor, meantime, aren’t letting up.

Just IN has given them just cause to criticize.

And the governor’s staff will consider dropping Just IN.

“I think we need to do a very careful evaluation,” said Denault.

And now the Society of Professional Journalists and the Hoosier State Press Association will be asked to review the content on Just IN. At the very least it’s an admission by the Pence administration that it’s media relations could stand some improvement.

All Indiana Politics / 2 mins ago