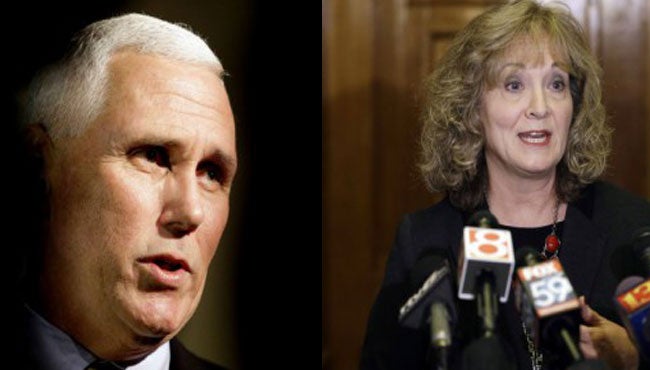 INDIANAPOLIS (WISH) – The governor announced Wednesday that he and Glenda Ritz are now cooperating in an effort to shorten the ISTEP exam.

Mike Pence called reporters together to try to put a good face on the crisis that erupted Monday when it was disclosed that ISTEP testing times would double for some students.

He wanted to report that he has hired a second national expert, Bill Auty of Oregon, to help make recommendations on how to shorten the test.

Pence said the state Board of Education will receive preliminary recommendations on Friday.

The GOP governor also reported that he talked with Democratic state school superintendent Ritz and said she agreed to shorten the test.

However, he rejected a Ritz suggestion that accountability standards be set aside for a year.

Glenda Ritz also met in private with legislative leaders Wednesday afternoon. Her staff released a document that suggested federal approval is required to meet most recommendations for shortening the test.

The governor said he spoke with U.S. Education Secretary Arne Duncan and asked for flexibility on ISTEP and also he said he’s open to new legislation if it’s required to alter testing requirements.