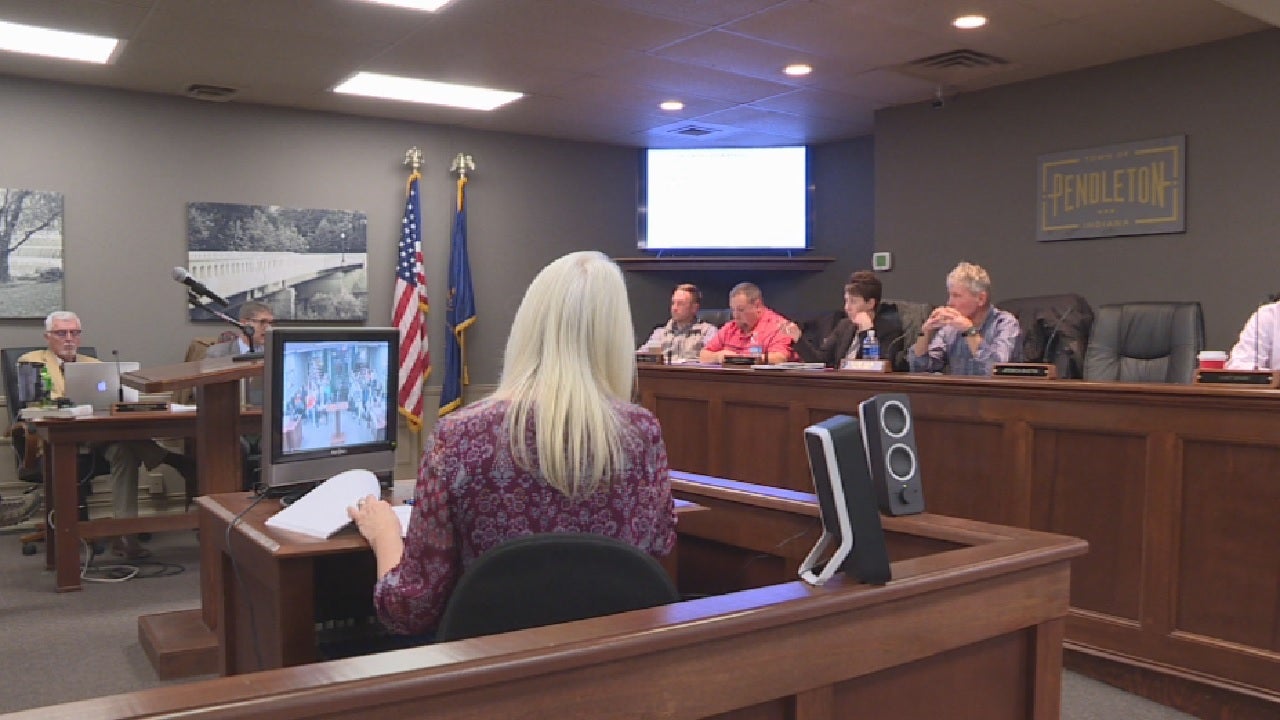 PENDLETON, Ind. (WISH) — Pendleton leaders postponed their vote on the passage of a historic drug ordinance.

“I’m not against this [ordinance],” District 1 representative Chet Babb said during Thursday’s regularly scheduled town council meeting. “But I have a hard time taking away… rights.”

Under Indiana law, Hoosiers have no legal rights to sell or possess marijuana in any form, he noted.

Multiple marijuana reforms were introduced during the state’s 2019 legislative session but none advanced.

Babb does not anticipate legalization before the end of the short 2020 session, based on his recent conversations with state legislators, he said.

“I think we need to pull back and hold on,” Babb told fellow council members. “I have an issue with this ordinance right now. I’m going to be upfront about it. I think we need to table it, wait until next year and look at everything.”

Jessica Smith, the council president, said she agreed with Babb and called for “more questions to be answered” before proceeding with a final vote.

Passage of a townwide ban would likely only be prudent if multiple variables “fell into line,” according to Alex Intermill, the town attorney.

Marijuana reforms passed at the state level would have to allow local municipalities to impose their own restrictions for a town ordinance to be effective, he said.

“If you go online in California, you can get your barbecue sauce with THC in it; I’m thinking this is really beyond a fad stage,” Gasparovic told News 8 in a Nov. 14 interview, explaining why he believed the Indiana Legislature would “eventually” legalize recreational marijuana. “My concern is the simple fact that there are going to be a lot of lives lost that could have been saved.”

He left Thursday’s meeting after council members moved to table the proposal. He declined News 8’s request for a follow-up interview.

Four Pendleton residents who spoke to News 8 said they supported the council’s decision to table the issue for further discussion.

Katherine Kritsch, a Union City resident, said she traveled to Pendleton to attend the meeting because she felt the town’s handling of the anti-marijuana ordinance would “set a precedent” for other local municipalities across the state.

“This town council — I’m impressed with the way they handled themselves,” Kritsch said. “And I’m impressed that they don’t want to jump into a boat before they know how many holes are in it.”