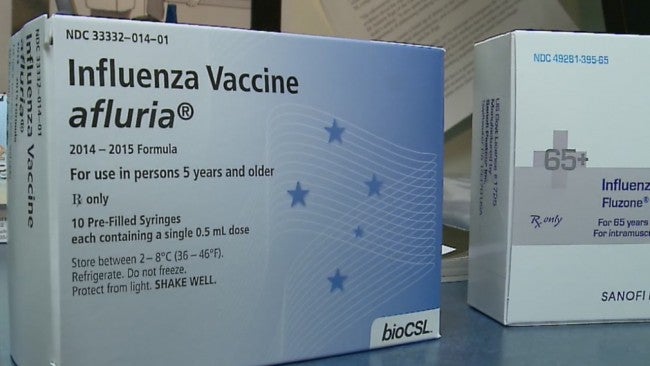 INDIANAPOLIS (WISH) – An alarming number of flu-related deaths has one pharmacist determined to get people protected.

This year’s flu strain is the most severe Indiana has seen in a decade. The Indiana State Health Department reports 85 people have died so far this flu season, and it’s only halfway done.

State health officials said the deaths are mostly seniors but just this week one of the victims was a child.

If you’re hoping to avoid the flu bug, pharmacist Hamid Abbaspour at Dr. Aziz Pharmacy has the tools necessary.

Abbaspour said all of the vaccines were designed based on last season’s strain with the hope that they’ll still give people a fighting chance against this season’s strain.

“This year, they were not as successful as the years before to get the dominant strain,” he said. “That’s why you are seeing a lot of people with flu.”

“I had heard people who had had the shot and then went out and contracted the flu,” Martin Johnson of Noblesville said. He hasn’t gotten vaccinated.

Jeff Kerr who was visiting Indianapolis for the weekend hadn’t either.

“People consider flu as cold, ‘oh I can get over a cold.’ But flu is a very dangerous,” warned Abbaspour.

“Eighty-five (deaths) is an alarming number. I mean that definitely would make me think, maybe yeah, reconsider,” said Johnson.

But if that’s not enough convince him to get the vaccine, Abbaspour hopes changing the price on display outside his pharmacy will help. It currently reads states that flu shots cost $20.

“Effective immediately, we want to offer all of them at no cost,” he said.

Children, adults, seniors, anyone who walks through the doors at Dr. Aziz Pharmacy won’t pay a dime. To Abbaspour, their lives depend on it.

“It really actually tells us how important it is to get the vaccination,” he said.