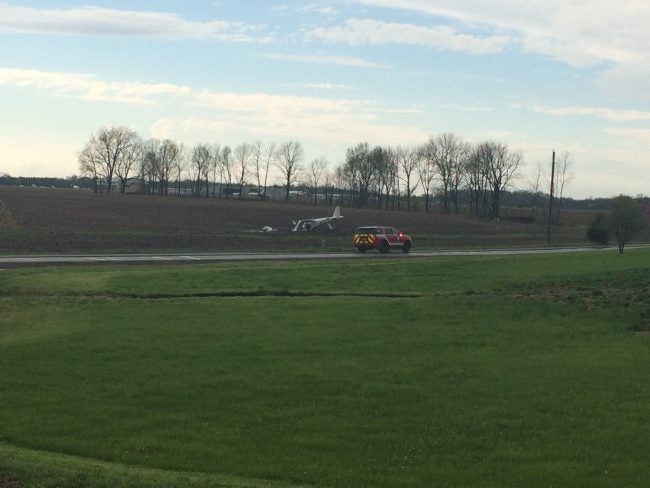 ZIONSVILLE, Ind. (WISH) — The FAA and NTSB are investigating a place crash that occurred in Boone County Thursday.

The small plane crashed near the Indianapolis Executive Airport just before 5 p.m.

The Zionsville Police Department, Zionsville Fire Department and Boone County Sheriff’s Office were one the scene near 1200 East and 100 South.

BCSO said a caller was stopped by a person who said they had just been in a plane crash.

The two people injured in the crash have been identified as Ronald McCormick, a 70-year-old flight instructor and his 17-year-old student. Both were taken to St. Vincent Hospital with non-life threatening injuries.

Authorities are asking the public to avoid the area.

ZFD and multiple PD units enroute to the area of Indy Executive Airport on a plane crash, avoid the area.- Town of Zionsville (@ZionsvilleIN) April 21, 2016

TRAFFIC ALERT: 1200E is CLOSED between SR32 and 200S due to a plane crash, please use alt routes for the evening rush hour.- Town of Zionsville (@ZionsvilleIN) April 21, 2016