Plane in LaGrange County crashes in field after engine failure 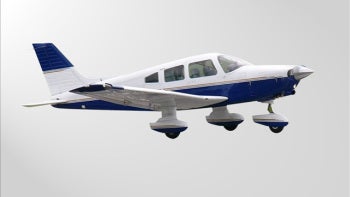 According to a release from the LaGrange County Sheriff’s Department, the female passenger on the plane was transported to a hospital in Fort Wayne for treatment. It’s not clear to what extent she was injured.

The pilot of the plane complained of neck pain, but medics released him from the scene with no other injuries.

Police estimate there was $5,000 worth of property damage.