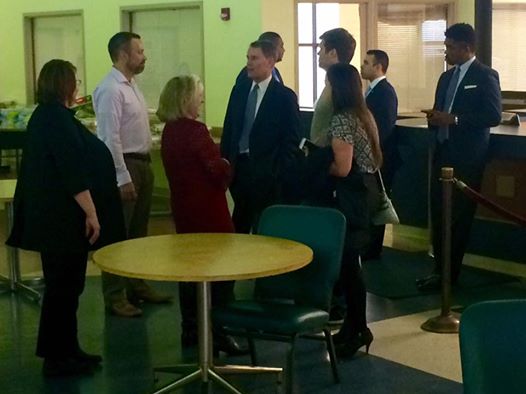 INDIANAPOLIS (WISH) — Each year in January, volunteers go into the community and take a count of how many men, women, and children are homeless.

The Point-in-Time count is the one event each year that helps service organizations track trends in homelessness across the city.

It’s also the event that decides if millions of dollars in federal funding comes to Indy.

“It’s a one night snapshot of homelessness,” Director of Programs at Horizon House Leslie Kelly said.

The Horizon House in Indianapolis played host to the kick off event for this year’s Point-in-Time count.

More than 100 professionals and volunteers heard the mayor speak before heading off into the community.

“It’s very reassuring that people care enough that they’re willing to give up their evenings on Wednesday night, when they could be doing many other things, to walk around this community and identify those neighbors who happen to be homeless and who are in desperate need of care,” Indianapolis Mayor Joe Hogsett said.

This annual count helps organizations know about how many people are homeless.

“To have data that allows us to plan for services,” Kelly said, “When you see what the need is, we can then compare that to what services we have.”

The volunteers set off with a survey.

“What caused them to become homeless? Which is some really telling data,” Kelly said.

Through years of this data, we know the homeless veteran population is large.

Another concern is the growing number of homeless families, up 15 percent in 2016.

And the number of unsheltered homeless went up by 17 percent last year.

It takes a few months for all the data from Wednesday night’s event to be gathered and analyzed.

On this night last year, there were about 1600 people homeless in Indianapolis.

The Point-in-Time count is a requirement for the city to apply for those grants.

Because of Wednesday night’s count, the city can apply for more money next year.