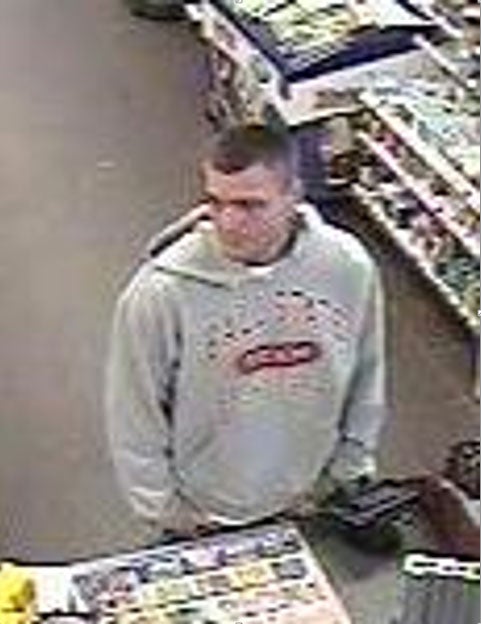 The first was a bomb threat called into Mt. Vernon High School. Less than an hour later, the Greenfield Bank Co. was robbed. It’s about two miles from the school.

Police originally thought the crimes were a coincidence, but a break in the bomb threat case changed that.

Outside of the wind and a warm welcome, you might not hear too much happening in Fortville.

“This community is really quiet,” said Mike Hobbs. “We hardly have anything going on.” But that wasn’t the case last week.

“We got alerts on our phones saying there was a bomb threat,” said Hobbs. He has two sons who attend Mt. Vernon High School.

“We got a notification through our instant alert message,” said Jenny Humrickhouse, a teacher at neighboring Fortville Elementary.

Law enforcement agencies from all around Fortville swarmed the high school and luckily found no threat. But while they were busy investigating, the Greenfield Bank Co., about two miles away, was being robbed.

Surveillance video there showed a man wearing a fake beard. Police said he handed the teller a note demanding money before making off with some cash.

The timing of the two crimes at first seemed coincidental until police traced the bomb threat call to a pay phone at a Speedway gas station in Anderson.

They checked surveillance video inside and found a man at the gas station counter minutes before the call was made. He was wearing a sweatshirt that matched the robbery suspect. But that wasn’t the only similarity.

“It’s very coincidental that the person of interest was wearing the exact same clothing down to the pants, the belt, the tears in the jeans, the tennis shoes,” said Lt. Patrick Bratton, Fortville Police Department. “It’s very distinct it both pictures.”

We showed the two pictures to Hobbs and Humrickhouse. Both immediately picked up on the similarities.

Police won’t pin the crime on the beardless man right away. They just want to question him.

But if you ask people around town, they feel the connection is right on the money.

“I kind of thought, maybe they were related to draw everybody at (the high school) so nobody would be in town,” said Hobbs.

“It would be a good diversion,” said Humrickhouse of the bomb threat. “Bring the police all out and then to distract them.”