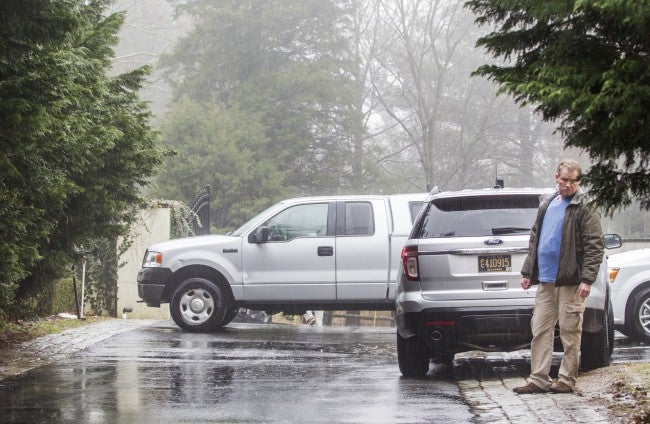 WILMINGTON, Del. (AP) – Law enforcement officials have boosted security at the Delaware home of Vice President Joe Biden after several gunshots rang out from a vehicle speeding by the property over the weekend.

The vice president and his wife were not at their Wilmington home Saturday night when the shots were fired and there were no reports of injuries, authorities said Sunday.

Biden’s office said the vice president and his wife, Jill Biden, were briefed Saturday night, as was President Barack Obama. Biden’s office referred all other questions to the Secret Service. The vice president was set to speak Monday morning in Wilmington at a Martin Luther King Jr. breakfast organized by a minority women’s group.

Secret Service spokesman Robert Hoback said the shots were fired at about 8:25 p.m. Saturday on a public road outside the home’s secure perimeter. Biden’s home is several hundred yards from the road. Secret Service personnel stationed at the top of the long, winding driveway leading to Biden’s home heard the shots, saw the vehicle drive past the home at a high rate of speed and flee the scene.

Young Cho, who lives two houses up from the Bidens, told The Associated Press by telephone that he heard several gunshots Saturday evening.

“We heard the shots, four of them,” Cho said. “But next door there is always Secret Service so I wasn’t too worried. I feel really safe here. But it was really strange, to hear those kinds of shots next to the vice president’s house.”

Biden’s home is nestled in a heavily wooded neighborhood of stately stone-and-brick homes along a curving two-lane road that winds through rolling hills. Biden’s home is not visible from the road, but a gatehouse cottage, occupied by the Secret Service, sits just yards from the main road, in front of a driveway blocked off by security vehicles.

Authorities searched outside the Biden residence and nearby homes to determine whether any rounds hit anything. Police said they also received a report of shots fired in the area of nearby Hoopes Reservoir, a source of fresh water for Wilmington.

On Sunday afternoon, half a dozen sport utility vehicles were parked near the entrance of the Bidens’ property, providing a heavy security presence.

The shooting occurred just days after the Delaware National Guard increased security at its air base near Wilmington after several incidents in which vehicles approached the main gate before turning around. In several instances, the vehicle occupants appeared to be lost and asked for directions.

The National Guard base is part of a dual-use facility that includes New Castle Airport and which has been used by Biden when he travels to Delaware aboard Air Force Two.

Authorities said about 30 minutes after the shooting near Biden’s home, an individual in a vehicle tried to pass a county police officer at a checkpoint set up after the shooting. The person was arrested for resisting arrest, but New Castle County Police spokesman Sgt. Jacob Andrews said it did not appear the man was connected to the shooting.

The Bidens spend many weekends at their Delaware home, and, while he served in the Senate, Biden frequently made a daily commute from Delaware to Washington by train.