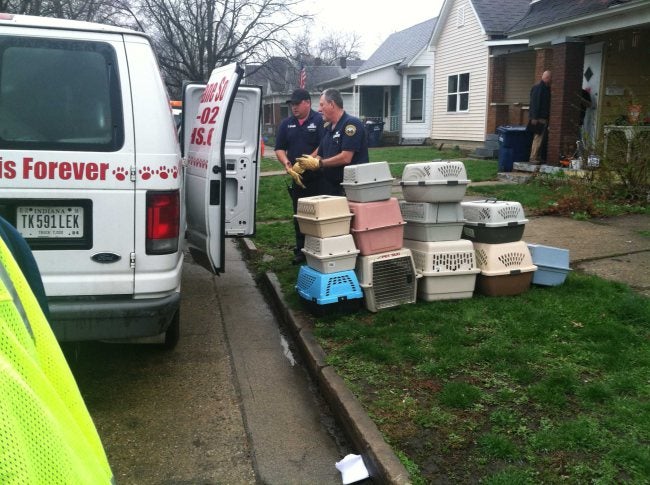 TERRE HAUTE, Ind. (WTHI) – A large animal seizure took place by police at a home in Terre Haute on Tuesday.

The house had been condemned and the animals were removed from the residence.

There were at least 30 cats and two dogs that had been removed from the home.

The local humane society was at the scene to assist with the animals being removed.

Adult Protective Services was also called to the scene.

Officials reported the owner of the home has been in trouble for this type of situation before.