Proposal would regulate drone use at sporting events held outside 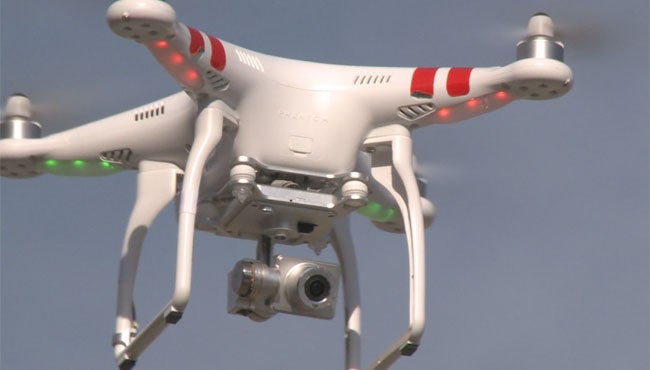 INDIANAPOLIS (WISH) – A committee will consider a new proposal Wednesday evening that starts to address where and when people can fly drones in the city of Indianapolis.

Council members behind the proposal say it is focused mainly on outdoor sporting events.

The proposal would prohibit drones from flying at any official outdoor sporting event, like the NFL, NBA, NCAA, minor league baseball, Indiana High School Athletic Association, or “any other sanctioned amateur or professional sports league.”

It also would prohibit drones from flying at any official car race or event held at the Indianapolis Motor Speedway.

“When you have a big outdoor event, like at Indianapolis Motor Speedway coming up. It just becomes one of those concerns: let’s not have any additional factors, we already have enough issues the police have to watch out for, the homeland security folks have to watch out for. It’s one of the biggest outdoor events that’s held, so having rules around how drones can be used at something like that, we just feel is very prudent to do,” said Miller.

Councilors say this is about protecting public safety, personal privacy, and also would help to avoid any copyright infringement issues with any outdoor sporting event itself.

The proposal also goes on to list when it is okay to use a drone: for mapping, for law enforcement to execute a search warrant or search for a missing person, or when law enforcement believes someone may be in danger.

It sets a penalty at a maximum of $500, and it also allows city officials to impound a drone if someone violates the ordinance.

The city county council’s Public Safety and Criminal Justice Committee is set to discuss the proposal Wednesday evening at 5:30 p.m. in Room 260 of the City-County Building.

Council members say they’d like to have this passed before the 100th running of the Indy 500 this year, but they also need community input. They’re encouraging anyone with an opinion to let them know, whether by attending the committee hearing Wednesday, or by contacting their councilor.