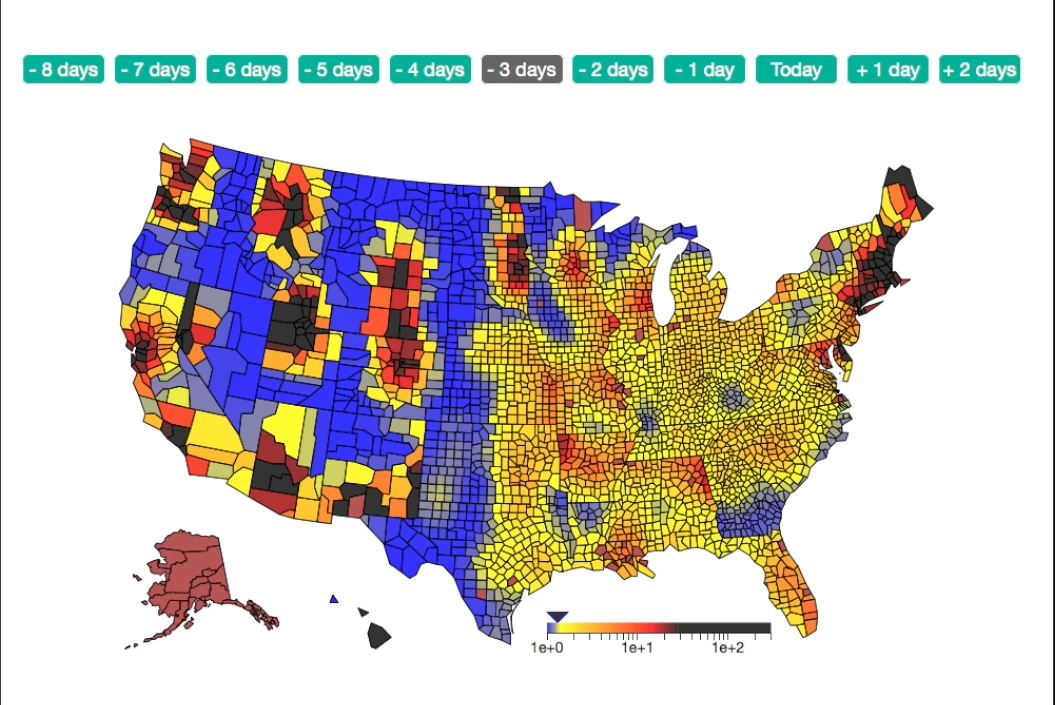 INDIANAPOLIS (WISH) — Flu season may be dying down, but the risk for the flu isn’t completely gone.

During the first week of March state health department data shows three people died from the flu. But one local group is working to stop the flu before it starts. Perscio, a big data company, and several Purdue students have teamed up to create an app that predicts the flu five days in advance.

Down to the county, a heat map can show how many people will go to the doctor for the flu for the next five days. It’s based on an algorithm that looks at CDC data, travel patterns and social media posts. The give days could give hospitals, parents and teachers time to get ready.

“How valuable could this be if you had an early warning five days in advance of potential influenza? It could mean the world to high risk populations,” said Brian Norris, Chief Informatics Officer at Perscio.

Hospitals could potentially know exactly when to enforce visitor restrictions, and pharmacies might be able to stock up on medicines like Tamiflu.

“Here in Indiana we believe we’re one of the first to look at this, and try to get it down to a local level,” said Norris.

This team may be one of the firsts to use this technology, but it likely won’t be the last. And eventually, the technology could work for predicting more than just the flu.

“If we look at where health care is going, it’s going toward a state of prediction,” said Norris.

“People can look and say ‘Wow, the flu is about to become big. Maybe I should prep for this,’ and actually save lives,” said Alec McGail, with Perscio.

The team has entered the app in IBM’s Big Data for Social Good Challenge. If it gets the most votes, Purdue will win $20,000 to help fund more innovative projects. You can check out the project and vote here.