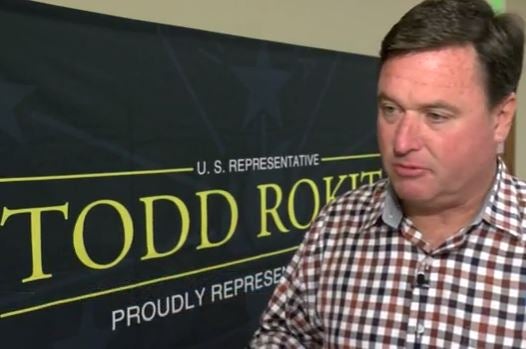 FOWLER, Ind. (WLFI) – U.S. Rep. Todd Rokita still stands by Republican presidential nominee Donald Trump after a recent tape from 2005 was released where he made questionable comments about women.

Several Republicans have pulled support from Trump’s campaign since the release of a tape. Rokita is excluded from that group.

Rokita spoke to 24-Hour News 8’s sister station, WLFI, Thursday at the Congress on your Corner event in Fowler. He said he didn’t agree with Trump’s comments but still fully supports him.

“Nothing’s changed in my endorsement,” he said. “This is very much a binary decision … and I can partner much better with [Trump] than I can with [Clinton]. I accept his apology. I accept he’s a different person than he was 11 years ago, and I am ready to move on.”