Scholarship honors memory of teens who died trying to save friend 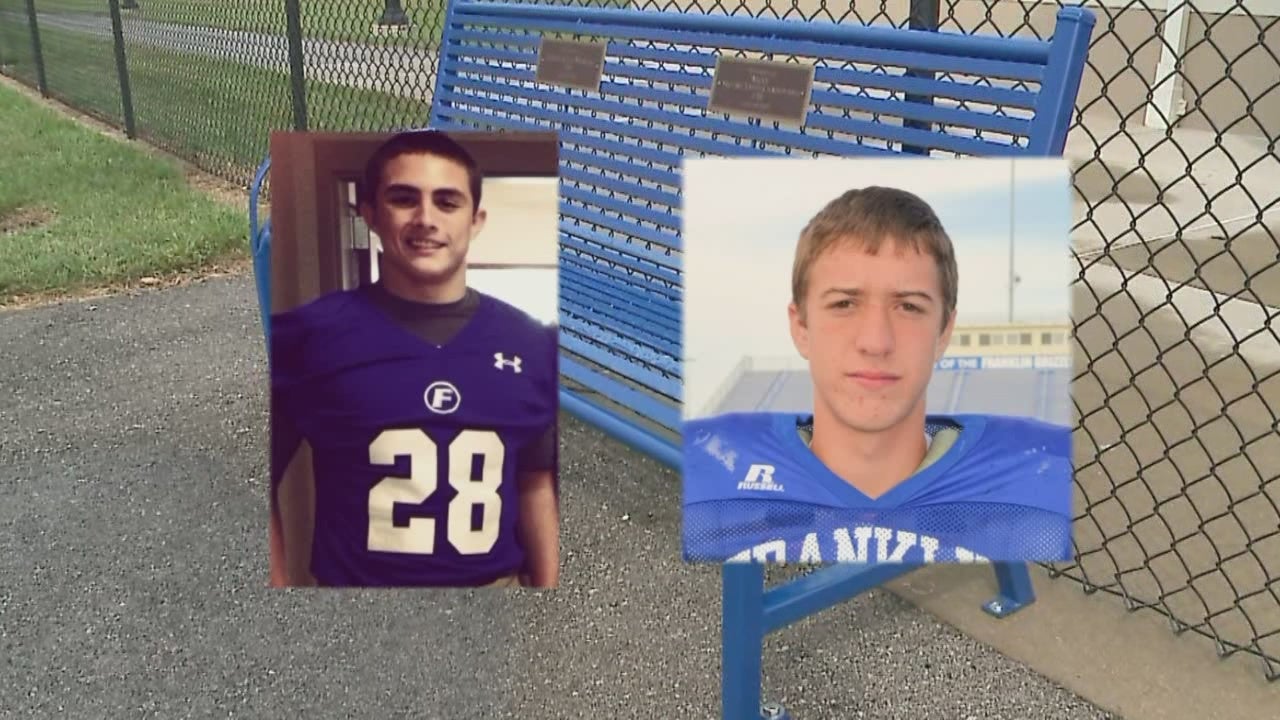 FRANKLIN, Ind. (WISH) – A scholarship that honors two young lives lost is helping their memory live on through students starting their first year of college.

In June 2014, Franklin Community High School students Jason Moran and Michael Chadbourne jumped into the dam of the Big Blue River in Edinburgh to save their classmate, Sarah McLevish. The two boys died. McLevish survived but suffered a serious brain injury. Their friends, Mark Nally and Trent Crabb, also went in the water, but they managed to make it out alive.

This Sunday, the Franklin Strong Scholarship Ride will be held in Bargersville, with all the proceeds going to the scholarship fund named after Moran and Chadbourne.

Three Franklin Community High School grads earned one this spring, and it’s motivating one of them to live her life in a way that would make Moran and Chadbourne proud.

Sitting in the student center at the University of Indianapolis, freshman Grace Kinsey talked about her first few weeks in college. “Dealing with the overload of classes was pretty, pretty different,” she said. She also joked how the stress didn’t just come from books after having experienced her first late-night fire drill in her dorm.

But there’s an even bigger weight that’s been resting on her shoulders ever since she step foot on campus. “Every day I wake up and I realize I’m living today for those two boys, and I’m attending college for those two boys because they were cut short of the opportunity,” she said, talking about her friends Moran and Chadbourne.

A reminder of them rests on the edge of the Franklin Community High School football field. It’s a blue bench with both of their names and football jersey numbers on it. But most people in Franklin and around Johnson County don’t need something tangible to be reminded of what happened last June.

“I’m never ever forgetting Mickey and Jason,” said Deb Brown-Nally. “I mean, we think of them all day, every day.”

Brown Nally’s son, Mark, jumped in the raging waters with Moran and Chadbourne, but he survived. “He’s very quiet about it,” she said. “The pain never goes away, but you learn to make room in your heart for joy again.”

Recently, that joy has come in the form of a $1,000 scholarship given to students who embody the boys’ characteristics. The five attributes are: friend to all, an athlete, using humor to bring joy to others, bringing people together and selflessness.

“As I read those it makes me smile because it makes me think and remember both those boys; that’s just who they were,” said Brown-Nally.

It’s who Kinsey is, too. She and the two other winners, Damon Munn and Gary Williams, had to write an essay on why they are like Moran and Chadbourne.

“The process was, honestly, very difficult for me to realize that I am writing an essay for a scholarship that is in memory of my friends,” Kinsey said. “My mom and my father helped me with the editing and the right words to say, because it’s just so hard to make it perfect for those two boys that died that day saving a friend.”

That’s why she hopes future generations learn why exuding their qualities is the reason people are staying “Franklin Strong.”

“We want this to keep going for years and decades and we want this to just keep going on throughout Franklin Community Schools, because these two boys paid the ultimate price for any age,” said Kinsey.

Brown-Nally said honoring the boys through the scholarship is important, but she said their families also see it as a way to give back to the community that supported them financially and emotionally during their tough time.

Although Kinsey earned one of the scholarships, new requirements make it so only boys can apply. Other requirements besides the essay include getting a letter of recommendation from a peer and school staff member. Brown-Nally said special consideration will also be given to students who are registered donors since Chadbourne was a donor. She said his organs helped save several lives.

The fundraiser Sunday will be held at Red’s Place in Bargesville. Registration for the motorcycle ride goes from 11 a.m. to noon. There’s also a silent auction, lunch specials, car show, live music and many other fun events for the whole family. For more information about the event, click here.