INDIANAPOLIS (WISH) — Despite successfully hosting the Final Four in 2010, security and safety changes are happening for this weekend’s events.

With a lot of attention centered on the Religious Freedom Restoration Act, a controversial bill Governor Mike Pence signed into law last week, the Indianapolis Department of Homeland Security is prepared to handle sudden protests and demonstrations.

Deputy Chief Michael Bates, IMPD Division of IDHS, said they’re monitoring social media to get out in front of any rallies that might be held. He said while respecting people’s right to free speech is important, they also want to make sure downtown is a safe environment for everyone visiting for the Final Four.

And that’s not all they’re looking out for with such a busy weekend ahead.

Hidden, yet out in the open at the corner of Pennsylvania and Georgia Street, is the hub for all things security-related for the Final Four.

“This will basically be busy from Friday to Monday,” Deputy Chief Bates said while describing the Incident Command Center being pieced together inside the CSX building downtown.

“For all intents and purposes, this is kind of the brains of the whole operation,” he said.

The room was relatively empty Monday. Inside were mostly tables and chairs, as well as dozens of cords and cables that will eventually be connected to computers, televisions and more.

All of that will help IDHS staff keep a close eye what’s happening around downtown, Lucas Oil Stadium and White River State Park, the host for the NCAA March Madness Music Festival.

“It’s a free event so it’s important to us obviously. The security posture there is little bit more than it would be inside (Lucas Oil) because you have to have a ticket to get in the stadium,” he said.

Surveillance cameras already hover over Georgia Street and around Lucas Oil, but mobile units will be set up at the music fest.

On top of that, Bates said Turner Broadcasting will set up 14 surveillance cameras of its own at the park with all of their feeds going right back to the downtown Incident Command Center. But watching the crowds isn’t their only concern.

“During the month of April, weather seems to be more of an issue. Typically you have severe weather. So this year for the Final Four, something we didn’t do in 2010, is we’ve got the National Weather Service embedded with us here at the public safety compound, at the command location,” he said.

Bates added that the NWS will advise them on weather conditions as they develop throughout the weekend.

In August 2011, a wind gust toppled the stage during the Sugarland concert at the Indiana State Fair. Seven people died and dozens more were hurt. That’s part of the reason keeping an eye to the sky will be so important during Final Four weekend.

“I think that’s always in the back of people’s minds when you’re building large stages,” said Bates. “But I also think the process now is much more rigorous as far as inspections go and wind velocities and that sort of stuff. So we’re much more cognizant of that.”

Besides the corner of Penn and Georgia St., IDHS will have an operations center at White River State Park. They’ll also have a center inside Lucas Oil, similar to Colts games. The Regional Operations Center on the city’s east side will be up and running as well.

IDHS will be getting law enforcement support from IMPD, Marion County Sheriff’s Office, Indiana State Police, as well as federal agencies like the FBI. It will also be assisted by the Indianapolis Fire Department, EMS, and CSX. 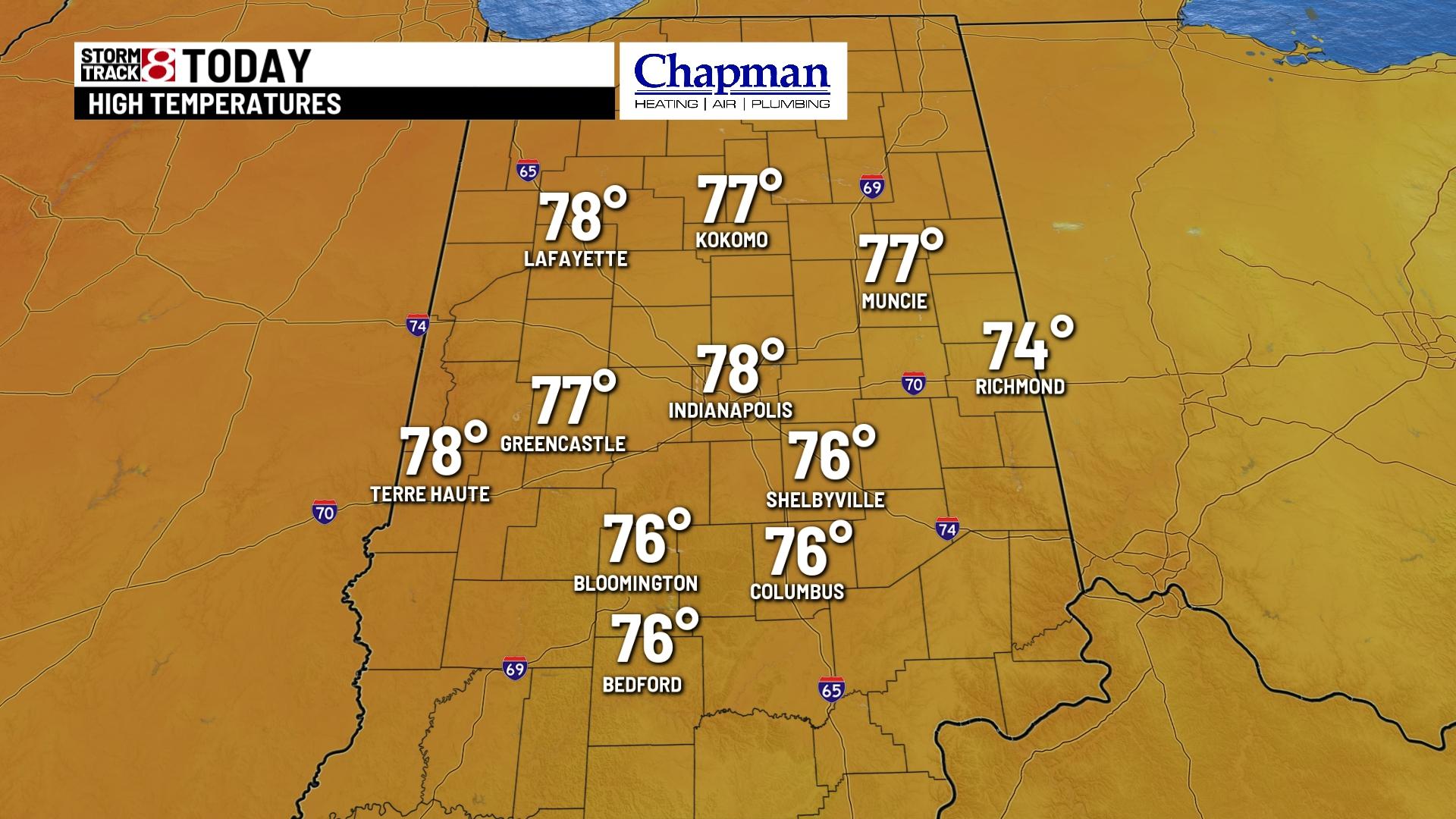