Semi and car collide on west side 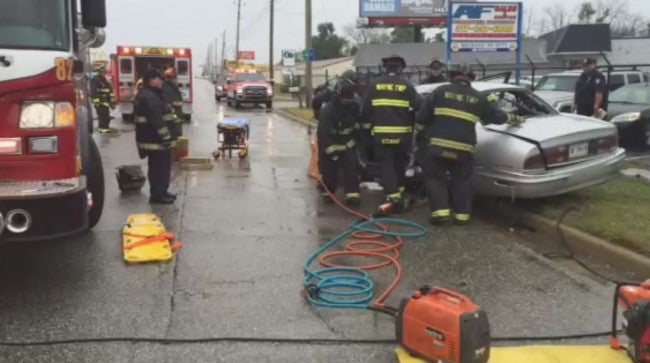 INDIANAPOLIS (WISH) – Shortly before noon Friday, Wayne Township firefighters were called to an accident on the city’s west side.

According to officials, the accident happened in the 6800 block of West Washington Street and involved a semi and a car.

Firefighters say the driver of the car was hurt, but is in stable condition.

The truck driver was not hurt.