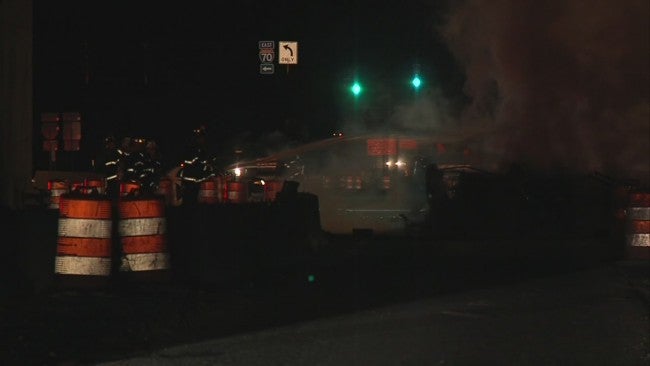 TERRE HAUTE, Ind. (WTHI) – Crews were on the scene of a semi accident in Vigo County early Wednesday morning.

It happened a little after 4:30 a.m. at State Road 46 and Margaret Avenue, directly under the Interstate 70 bridge. Police told News 10 the driver of a semi missed the exit ramp, causing the semi to roll over.

The truck then became engulfed in flames.

We’re told the semi was carrying glass bottles. As of 6:30 a.m., Vigo County Dispatch reports I70 is open but State Road 46 at Margaret Avenue remains closed.

We’re told the driver was not seriously injured.