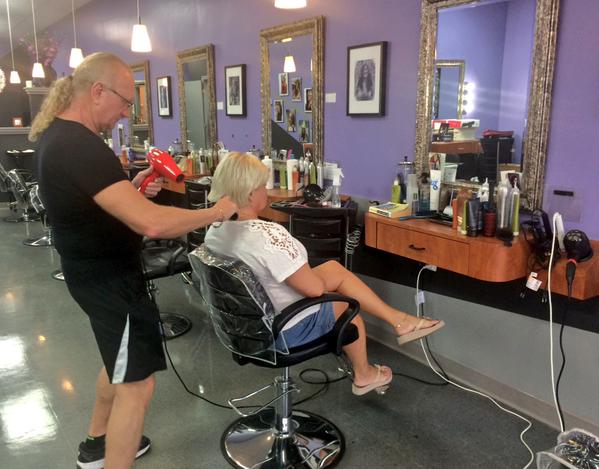 INDIANAPOLIS (WISH) — IPL issued an alert after dozens of businesses were hit by a utility scam.

These scammers claim to be Indianapolis Power and Light and threaten to turn off power in 30 minutes unless payment is sent.

Don Allen was in the middle of a busy work day, so instead of fact checking, he did what the callers wanted.

While the number of other victims is unknown, IPL has received dozens of reports from businesses that got the same call.

“I’ve got people under the dryer, I’ve got perms working, I’ve got color working,” Allen said.

So a threatening phone call last Thursday sent him into panic mode.

Only later when he contacted the real IPL did he discover he had been duped.

IPL is warning the public of this common scam stating the first red flag is the wiring of money.

“We will never reach out to you and ask for a very specific method of payment,” IPL spokeswoman Brandi Davis-Handy said.

She said be extra alert because these scams are getting more sophisticated.

“Sometimes your caller ID might say Indianapolis Power and Light Company,” she said.

Before sending any money, IPL recommends calling the IPL business call center at 317-261-8444.

“We want to make sure that before you give your personal information to anyone over the phone that you’re confident the person you’re talking with is from IPL,” Davis-Handy said.

Allen is out the money, but has learned a lesson that being busy can make him a target.

“What’s really bad, what makes me feel even dumber, is I don’t even have IPL, I use Duke Energy,” he said.

Allen is now trying to figure out how to get his money back.

He’s filed a report with Greenwood Police and is in contact with the Johnson County Prosecutor’s Office.

But he’s afraid there might not be much he can do and just hopes his story teaches others a valuable lesson.