‘SNL’ to celebrate the big 4-0 with anniversary special 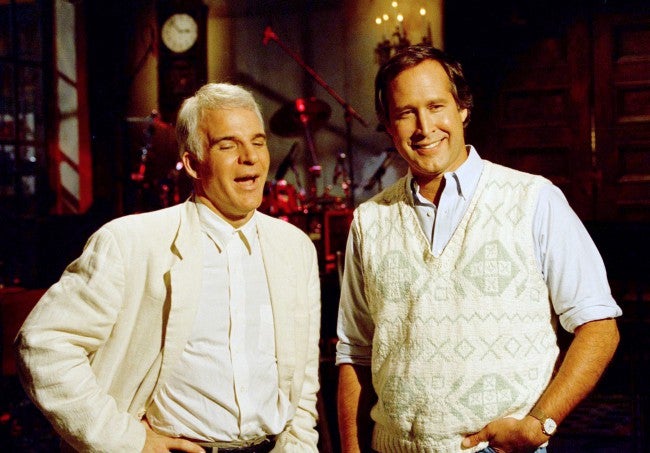 NEW YORK (AP) – “Saturday Night Live” is going to Sunday to celebrate its 40th anniversary, but it’ll still be live from New York.

“The SNL 40th Anniversary Special,” an extravagant three-and-a-half-hour self-tribute, is set to air at 8 p.m. EST on NBC, preceded by an hour-long red carpet special hosted by the “Today” show’s anchor team.

Everyone who has ever been an “SNL” regular, guest host, musical guest or behind-the-scenes creative force is on the guest list, along with other bold-face names galore.

What exactly will they be doing? That’s still to be determined, said “SNL” creator and executive producer Lorne Michaels. And as proof his show was still a work-in-progress when he spoke about it a few days ago, the special subsequently grew by 30 minutes from its originally announced three-hour length.

By the end of the year, it had caught on as a rare TV venue for topical humor and sassy comedy, with an inaugural lineup of Not Ready for Prime Time Players including Dan Aykroyd, John Belushi, Gilda Radner and Chevy Chase, the breakout star of the troupe who, on the show’s premiere, launched “Weekend Update” and became the cast-member who regularly voiced the catch-phrase that, after 39 years and counting, remains the show’s trademark: “Live from New York, it’s ‘Saturday Night’!”