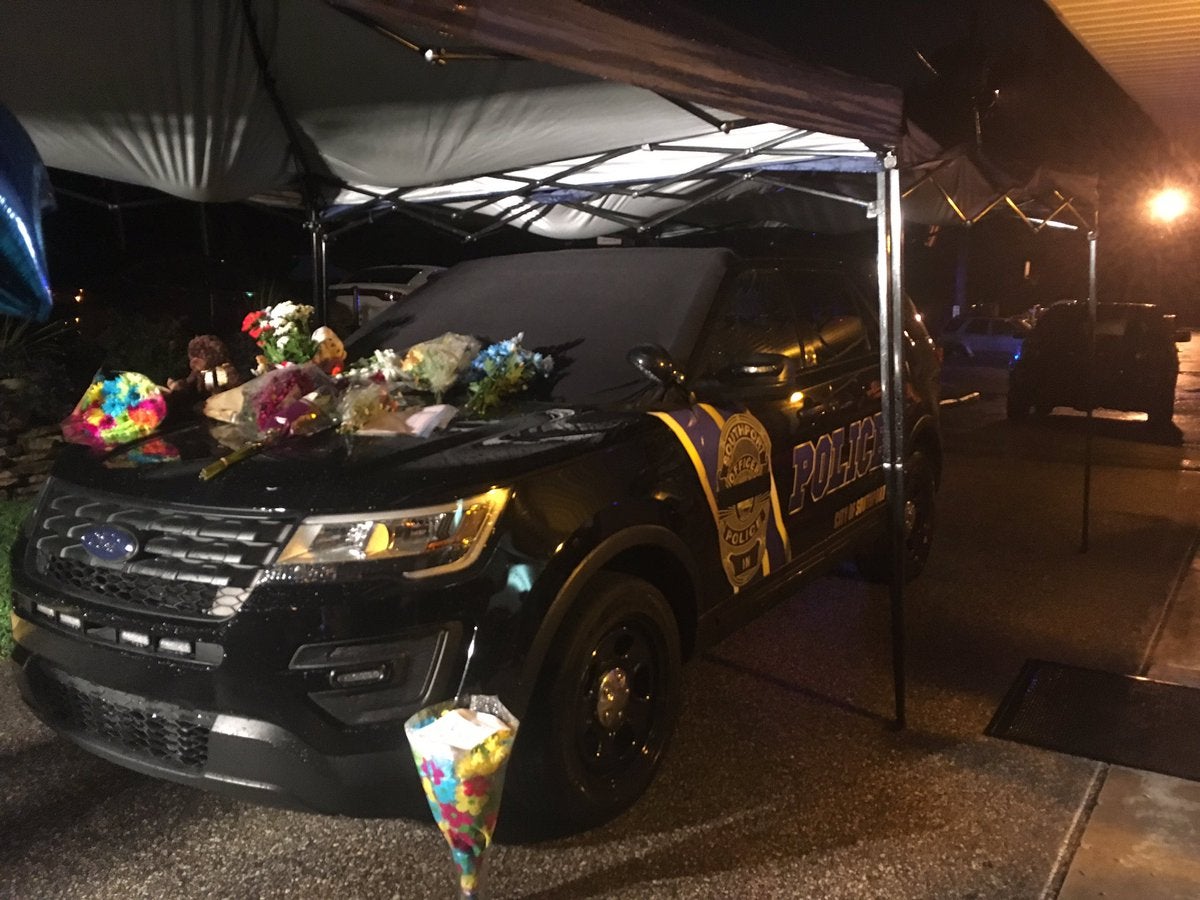 SOUTHPORT, Ind. (WISH) — On Thursday night, officers and community members stopped by the Southport Police Department to pay their respects.

People gathered outside and inside the building — all talking about slain police Lt. Aaron Allan. Police said the initial call came in Thursday afternoon for a property-damage accident. Allan and a Homecroft officer were first on scene. The two officers approached an overturned car. That’s when police say someone inside started shooting at officers, hitting Allan. He was pronounced dead a short time later at Eskenazi.

Some witness said they heard as many as 20 shots fired.

At the scene, along Madison Avenue in the Marion County city of Homecroft, dozens of squad cars lined the streets: Southport police, Indianapolis Metropolitan Police Department, Indiana State Police and even an officer from the federal Bureau of Alcohol, Tobacco, Firearms and Explosives. They spent more than six hours processing the area, even working through rain at times.

The crime scene turned very somber as neighbors started to learn what happened. They said they know many of the Southport and Homecroft officers. The say police in the area really take time to get to know the community they serve.

Southport Police Chief Thomas Vaughn said Allan became a full-time officer with the department in January. Before that, was a reserve officer with Southport and worked for Franklin Township School Police. He worked in the high school there and spent a lot of time interacting with youth.

Southport Mayor Russell McClure said, “This is something that you just can’t imagine. I’m still not processing it all the way yet. The next few coming days we will be and I told the officers I’ll be here for them. The city will do everything it can for the family of Lt. Allan.”

The mayor said IMPD is stepping in to help cover shifts and patrols during this difficult time.

“I can’t think of anybody better that we could have had on the force. We have another 40 officers that would do the same thing he did, so it’s one big family here,” the Southport mayor said.

The police chief says Allan has saved the lives of two people during his career as a police officer.

Why one of the people in the car started firing shots is still unclear. Both men were taken to the hospital; one was injured in the crash and the other injured when officers returned fire. Both are expected to survived. Their names and ages have not yet been released.