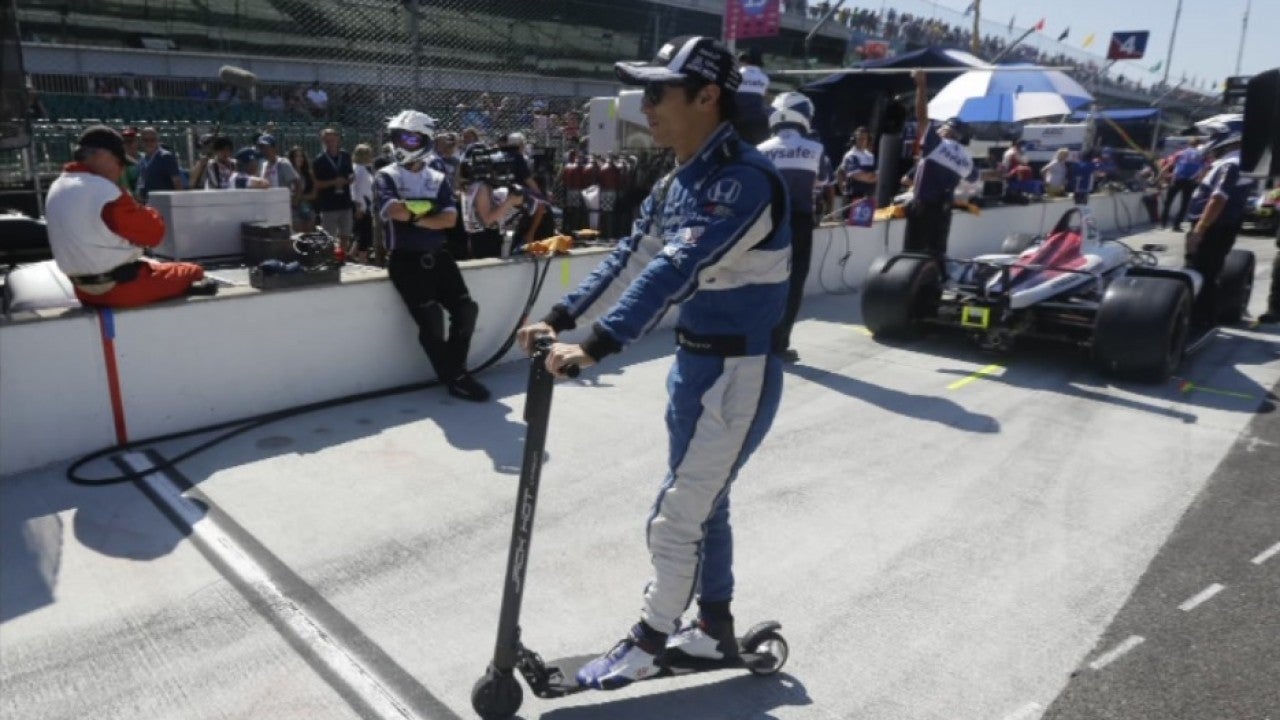 INDIANAPOLIS (WISH) — It’s cheaper than a helicopter, faster than a traffic jammed car and only legal for the 103rd running of the Indianapolis 500.

The town of Speedway agreed to lift its scooter ban along 10th Street for race weekend, provided scooters are dropped off in a designated parking area approximately four blocks from the main gate of IMS.

“With all of the scooters that are downtown, we knew that eventually people would start thinking that was going to be a good mode of transportation to the speedway,” IMS president Doug Boles told News 8. “And so one of the things we really wanted to do was make it easy [and] make sure they’re clear on where we want them to be.”

IMS and Indianapolis officials partnered with the town of Speedway to create a “special scooter route,” he explained.

Indy 500 attendees can use 10th Street to ride to the track from downtown Indianapolis. Scooters must be dropped off in a grassy parking zone at 10th Street and Allison Way. Spectators are not permitted to use scooters on IMS grounds.

Boles named Lime as the IMS-preferred provider for race day scooter needs. The company agreed to have employees swap parked scooters with fully charged models during the race so spectators have sufficient battery power to return downtown, he said.

“We’re also working with Bird and we’re hoping that Bird will do the same thing,” Boles added. “But [as of Tuesday], Lime is the only one that’s agreed to do that.”

Despite his efforts to coordinate a low-traffic, scooter-friendly race experience, the IMS president said he had never ridden one of the electric models himself.

“You see most of them downtown,” Boles explained. “And usually when I’m downtown, I’ve gone to a restaurant and I’ve had a beer or two. I don’t know that I want to challenge my balance.”

Operating a scooter in Indiana while intoxicated can result in an OWI or DUI charge.

Scooter aficionados urged prospective race day riders to “get comfortable” on two wheels before committing to the 10-mile round-trip ride between downtown Indianapolis and the track.

At a constant speed of 15 mph, a scooter can travel from downtown to IMS in approximately 20 minutes.