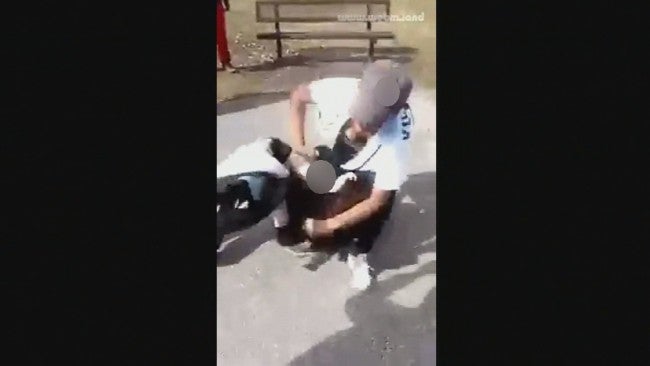 INDIANAPOLIS (WISH) — A 14-year-old girl behind a vicious attack at Brookside Park faced a judge on Thursday.

The teen is facing multiple felonies including battery and criminal confinement.

Despite the charges prosecutors did not request that the teen be waived to adult court.

According to prosecutors, the teen will have more resources at her disposal while being detained at the juvenile detention center.

“Now she is on the path to getting help,” said Shawn Taylor, the teen’s mother.

A defense attorney asked the judge to release the teenage girl and the judge denied the request.

He added it is in the best interest for the teen and the public that she remains in the custody at the juvenile center.

Since the video surfaced on the internet, the teen’s family has been threatened and strange men have showed up to the family home.

The teen also faces charges for attacking another teenager in downtown Indianapolis on Saturday night.

The group has a 70 percent success rate in decreasing disciplinary actions at schools where peace workers are involved.

Prosecutor Peter Haughn believes the teen can overcome her issues despite the various charges she is currently facing.

While in the courtroom, the teen spoke softly when addressing the judge. She replied “Yes, sir.” and “No, sir.,” when asked questions by the judge.

Taylor says since the attacks her daughter has remained remorseful.

“She feels really bad right now,” said Taylor. “She is on the road to recovery.”