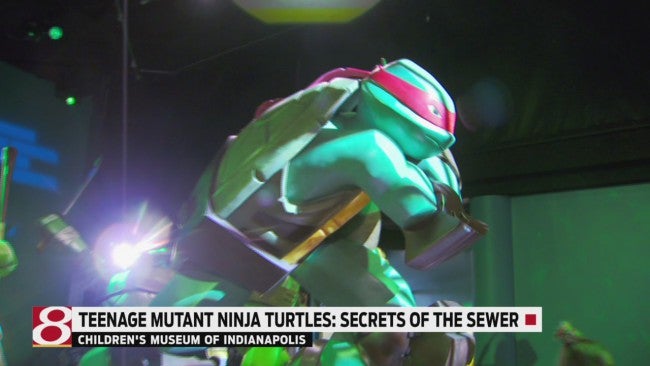 INDIANAPOLIS (WISH) – One thing most children love are cartoons.  Whether it’s Spongebob Squarepants, Scooby Doo, or some other beloved colorful creature, children become enamored with cartoons.

One cartoon series that seems to have an especially loyal fanbase, made up of both children and adults, is the Teenage Mutant Ninja Turtles.

The beloved characters spend most of their time fighting crime in between scarfing down pieces of pizza.

Now, thanks to the Indianapoli Children’s Museum, fans can get up close with Leonardo, Donatello, Michelangelo and the whole gang.

To check out the newest exhibit, Dick Wolfsie recently paid the museum a visit.

Charity Counts, with the Indianapolis Children’s Museum takes him on a tour through the exhibit.