Texas woman’s dog, missing since May, turns up in Indiana 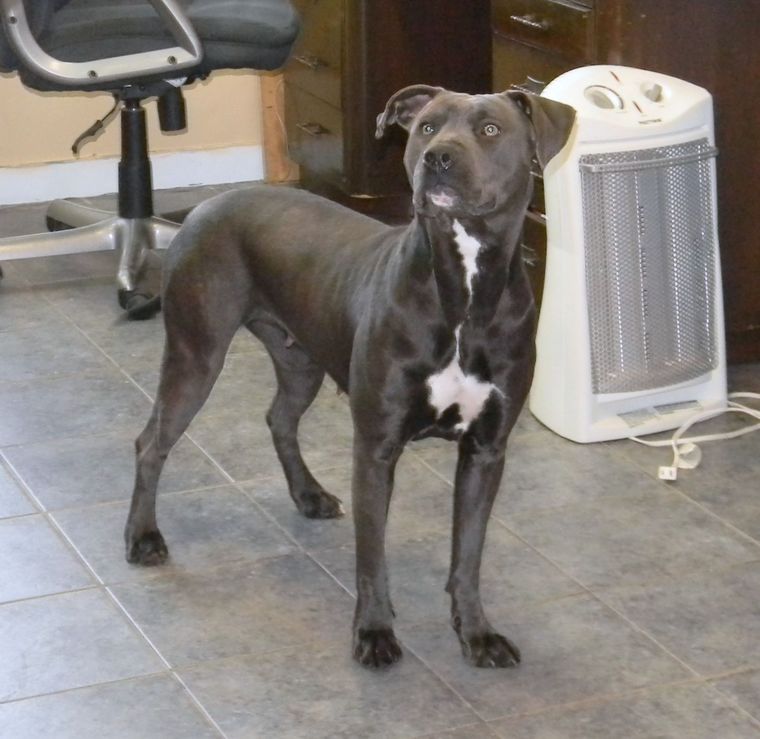 KOKOMO, Ind. (WISH) – A retired sheriff’s deputy from Galveston is driving to Kokomo starting Wednesday to pick up a dog from Texas who ended up in Indiana.

JoAnn Navarro, of Galveston, Texas, owns the dog, Blue, and said she is ecstatic her pup turned up alive and well some 1,100 miles away. Navarro said Blue vanished last May, along with her other pit bull. Navarro said she put them both in the backyard and the next day they were gone.

“I think somebody took them and closed the gate behind them,” the 69-year-old said.

After searching for her dogs for months, Navarro thought she would never see them again.

“I kept praying whoever had them, they’d give them a good home,” she said.

But about two weeks ago, a Kokomo Humane Society staffer called with the news that a stranger had dropped off Blue, now 1-year-old, in Kokomo, which is about 40 miles north of Indianapolis.

“She’s a beautiful dog,” said shelter executive director Karen Wolfe. “You don’t like every dog you meet, but I liked Blue. She’s a sweet pit bull.”

Wolfe said the dog is healthy and someone appeared to have been taking care of her during the seven months she was missing.

Shelter staff discovered that Blue had an implanted tracking microchip, but when Wolfe scanned the chip she found that it hadn’t been registered.

Wolfe called the company that made the chip and it determined that the chip had been implanted in Galveston. The Galveston Island Humane Society had Navarro’s contact information.

“I firmly believe every pet owner should put a microchip in their dog,” Navarro said.

Navarro, whose Galveston home is 1,100 miles from Kokomo, recently lost her job and doesn’t have enough money to make the 34-hour round-trip drive from Texas to Kokomo. But a retired sheriff’s deputy from Galveston volunteered to make the trek and bring Blue home.

Ricky Mitchell’s aunt volunteers at the Humane Society in Galveston and once he heard Navarro’s story he offered to help because he said he had the time.

Mitchell, along with two other people, are scheduled to arrive in Kokomo on Friday. Navarro met with the group Monday to give Mitchell Blue’s leash and bed for the trip home.

“I’m so excited,” Navarro said about the impending reunion. “I get emotional every time I start thinking about it.”

Anyone who would like to donate money to cover fuel and expenses for the group driving to Indiana can contact the Galveston Island Humane Society at 490-740-1919.