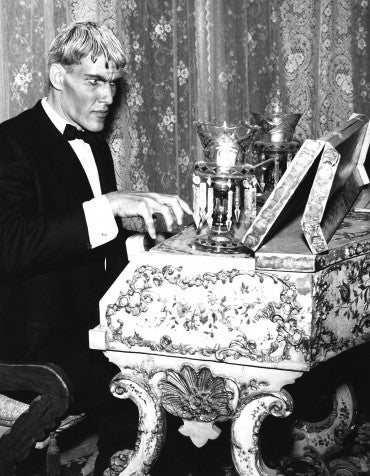 INDIANAPOLIS (AP) – On September 18th, 1949, actor Frank Morgan died at the age of 59. He’s probably best known for playing the wizard in “The Wizard of Oz.”

In 1957, the popular western “Wagon Train” debuted on NBC.

In 1965, “I Dream Of Jeannie” starring Larry Hagman and Barbara Eden, made its debut on NBC. “Get Smart,” starring Don Adams, also premiered on the same network.

In 1970, Jimi Hendrix was found dead in a London apartment. He was 27. A coroner ruled Hendrix choked on his own vomit.

In 1971, Pink Floyd became the first rock band to play at the Montreaux Jazz Festival in Switzerland.

In 1976, “Play That Funky Music” by Wild Cherry hit number one on the pop chart.

In 1983, Kiss appeared without make-up for the first time, on MTV.

In 2004, Britney Spears married Kevin Federline in a private home outside Los Angeles. They both filed for divorce after two years.