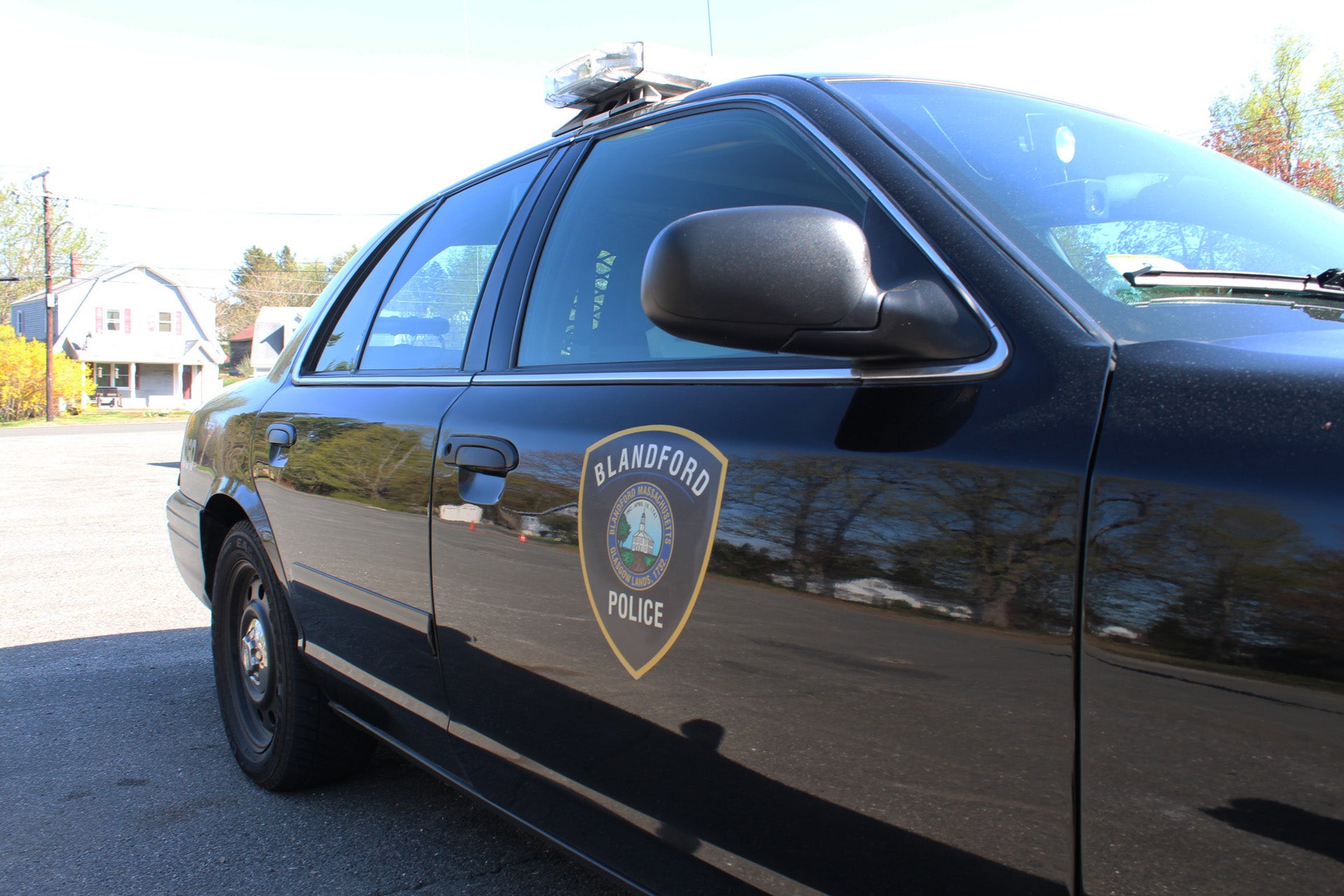 BLANDFORD, Mass. (WWLP) — All members of the Blandford Police Department in Massachusetts have resigned effective immediately, according to the interim chief of police.

According to Chief Sarnacki, Blandford officers have been working with cruisers that don’t work, bulletproof vests that are not fitted to them or might be expired, poor radio communications, inadequate staffing and improper wages.

Blandford police officers make $14 and $15 an hour, Interim Police Chief Sarnacki explained in the news release. The department’s best car, a 2010 Crown Victoria, that was purchased from the Otis Police Department overheats at times, has no air conditioning and the electric seat is stuck in the reclined positions.

The interim police chief added that department radios don’t work in most parts of the town. She explained that officers cannot call for help if back-up is needed and instead use their cell phones to call Berkshire Dispatch or Massachusetts State Police.

The town is also currently down three officers and a request for new hires was turned down.

In wake of the entire department’s resignation, Hampden County Sheriff Nick Cocchi told WWLP six deputy sheriffs and marked cruisers from his office have been assigned to Blandford for the night and morning commute so town citizens could have a peace of mind. The Blandford Police Department’s Facebook page is advising all residents to call 911 for police, fire or medical emergencies.

Sheriff Cocchi added that it’s not good to have a town without the appearance of police protection.

For the past two months, Interim Chief Sarnacki has done a fine job with our police officers and our police department. It is unfortunate that she led this officer walk out as she would have been considered as one of our candidates for Acting Chief position as we pursue the future opportunities with our police force. We have had multiple public meetings with our police force and have offered them the opportunity to engage and provide their opinions for the direction of the force.

We have reached out to neighboring communities to ensure the safety and security of our citizens. Until such time, residents should continue to dial 911 in the event of any emergency and local or state assets will be dispatched to assist them.

Letendre added that “The Town of Blandford is continuing its already posted search for a new police chief.

The interim chief told WWLP that selectboard members were more focused on the town’s merger with the Chester Police Department than resolving issues with the Blandford department had during Monday night’s meeting, triggering the department’s abrupt resignation.