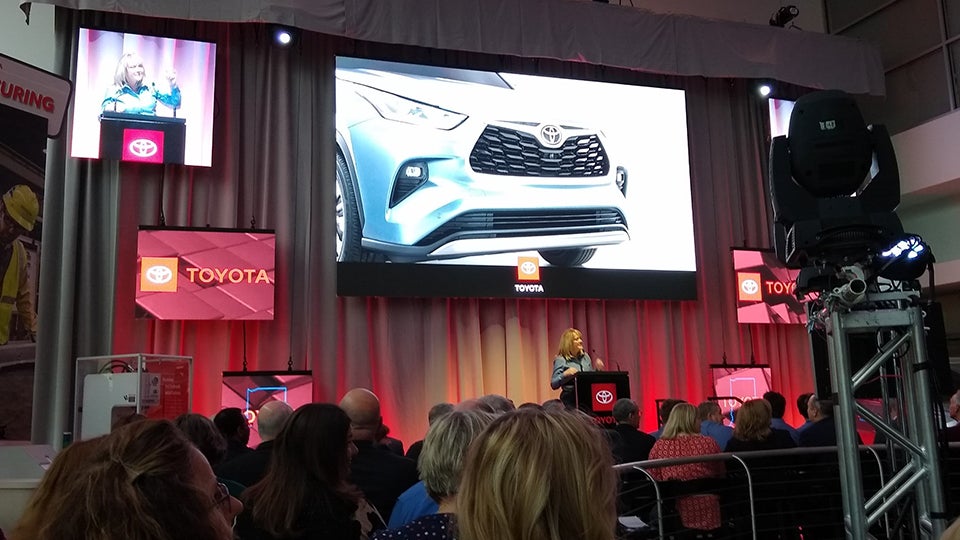 PRINCETON, Ind. (Inside INdiana Business) — Toyota Motor Corp. (NYSE: TM) is adding to its investment at the Toyota Motor Manufacturing Indiana facility in Princeton. The automaker has announced an additional $700 million investment in the Gibson County plant and the addition of 150 more jobs by the end of 2022. The company says the investment completes its plant modernization project, which was announced almost three years ago to the day.

Toyota originally detailed its plans to invest $600 million and create 400 jobs at the Princeton facility. The company said at the time the project would help meeting growing demand for its Highlander mid-size SUV.

The new investment, according to Toyota, will support retooling, new equipment installation, and advanced manufacturing technologies to “further modernize the facility” and meet consumer demand for the 2020 Highlander. The new vehicle was also unveiled Friday at the plant.

“Part of Toyota’s tremendous success in North America is building vehicles where we sell them,” Christopher Reynolds, chief administration officer for Toyota Motor North America, said in a news release. “Our $1.3 billion investment at TMMI is further proof that our Hoosier workforce is rededicated to producing safer, high-quality vehicles our customers love to drive.”

“This program will allow students to get a jump start on their careers while receiving hands-on training with industry experts and educators,” said Leah Curry, Toyota Indiana plant president. “By collaborating with our local schools, we are creating a workforce solution—but, more importantly—providing greater visibility to student career options and pathways in the region.”

The Indiana Economic Development Corp. has offered TMMI $6 million in conditional tax credits, which the company will not be eligible to claim until Hoosier workers are hired for the 550 total planned jobs. TMMI has already begun hiring for production positions.

Governor Eric Holcomb first hinted at the Toyota announcement earlier this week during his State of the State address, where he also announced plans by Fiat Chrysler Automobiles to invest $400 million in one of its Kokomo facilities.

TMMI employs about 7,000 Hoosiers and supports some 80 suppliers throughout the state. The IEDC says the company’s presence in Indiana has led to the creation of more than 24,000 jobs in the state over the last 20 years.