Train, vehicle collide on Indy’s near east side 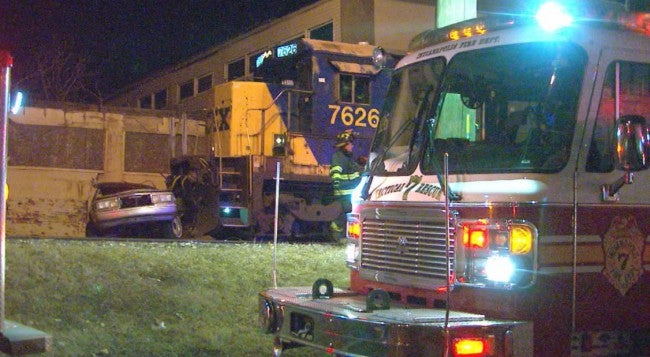 INDIANAPOLIS (WISH) – Emergency personnel responded to the near east side of Indianapolis Sunday night after a train and a vehicle collided, dispatchers with IMPD said.

It happened around 8 p.m. at Massachusetts and Commerce avenues. Witnesses say a driver disregarded the crossing arms and was hit by an oncoming CSX train. Fire officials say the train pushed the vehicle about 300 feet.

The driver, a man in his 50s, was extricated from the car. He was transported by paramedics to Sidney & Lois Eskenazi Hospital in critical condition.