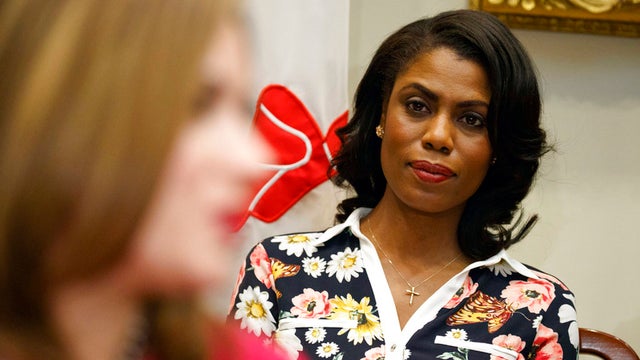 BRIDGEWATER, N.J. (AP) – President Donald Trump is lashing out at former White House adviser Omarosa Manigault Newman, calling her “Wacky Omarosa” and saying she has been “fired for the last time.”

Manigault Newman, who has authored a book entitled “Unhinged,” has released audio recordings she made, including one of her firing by chief of staff John Kelly in the Situation Room.

Trump tweets Monday that Kelly said Manigault Newman was a “loser & nothing but problems.” He adds: “I told him to try working it out, if possible, because she only said GREAT things about me – until she got fired!”

Manigault Newman’s book is out Tuesday. It paints a damning picture of Trump, including claiming without evidence that tapes exist of him using the N-word as he filmed his “The Apprentice” reality series, on which she co-starred.