Trump says US, China have reached deal; Sunday tariffs off 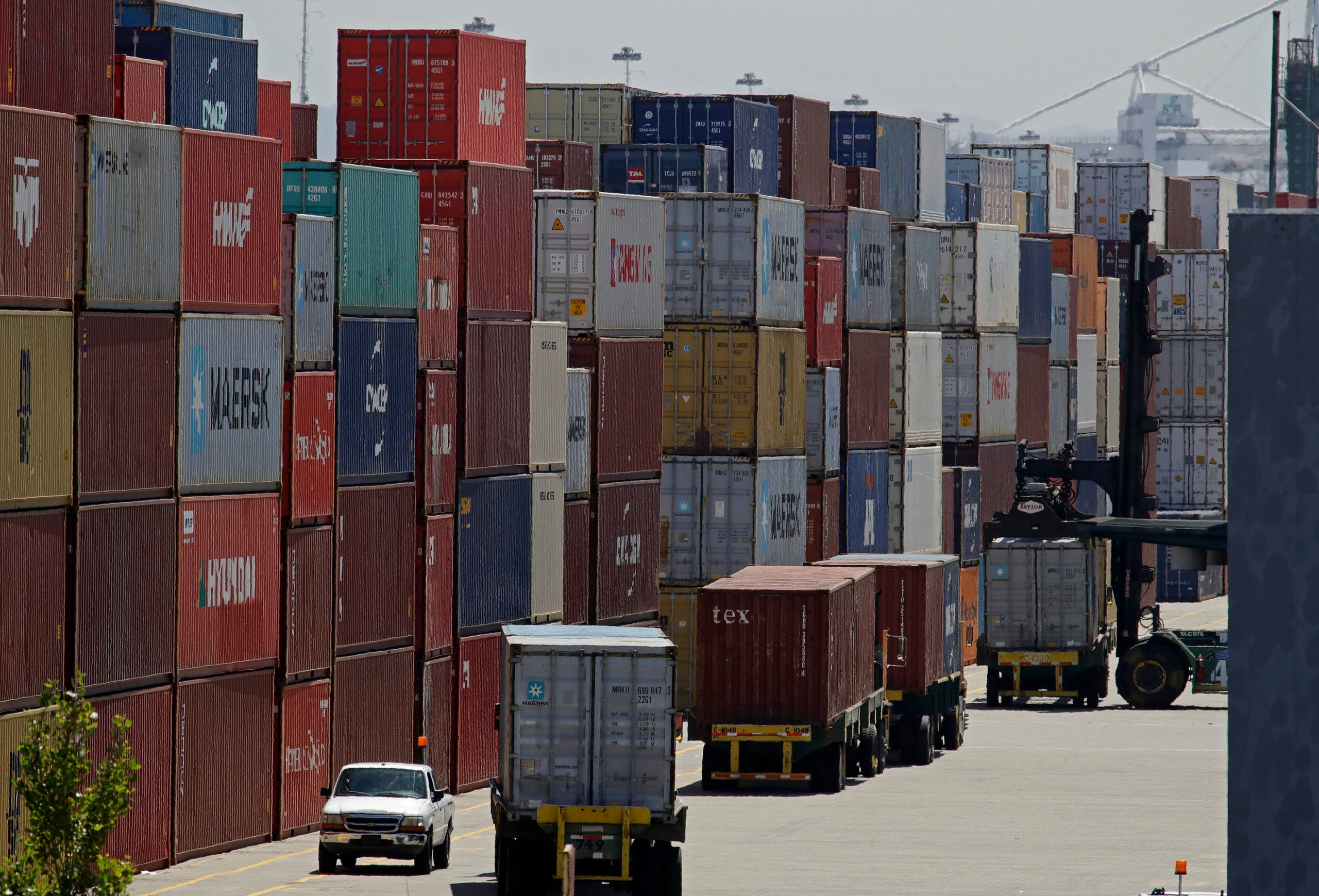 WASHINGTON (AP) — The Trump administration has dropped its plan to impose new tariffs on $160 billion of Chinese imports beginning Sunday under a modest interim deal that de-escalates a 17-month trade war between the world’s two biggest economies.

As part of the agreement announced Friday, the administration is also reducing its existing import taxes on about $112 billion in Chinese goods from 15% to 7.5%.

In return, U.S. Trade Representative Robert Lighthizer told reporters, China agreed to buy $32 billion in U.S. farm products over two years. Beijing has also committed to ending a long-standing practice of pressuring companies to hand over their technology as a condition of gaining access to the Chinese market.

Lighthizer said China had also agreed to lift nontariff barriers to the Chinese market for such products as beef, poultry, seafood, pet food and animal feed.

In all, the U.S. expects a $200 billion boost in exports over two years as a result of the deal.

“We expect the trade deficit to go down for sure,” Lighthizer said, adding that the deal will likely be signed the first week in January and take effect 30 days later.

Yet the administration released no detailed paperwork on the agreement and said the text was still being translated between Chinese and English. In the past, the two sides had appeared to be close to firm agreements only to see negotiations fall apart.

The so-called Phase 1 agreement leaves some major issues unresolved, notably U.S. complaints that China unfairly subsidizes its own companies to give them an edge in world markets.

The deal does, however, at least temporarily defuse a conflict that has unnerved financial markets and hobbled global economic growth.

“This deal should go a long way in reversing the downward spiral in bilateral trade relations and increasing certainty for U.S. businesses,” said Wendy Cutler, a former U.S. trade negotiator who is now vice president at the Asia Society Policy Institute.

But, Cutler cautioned, “it’s unclear on how far the Phase 1 agreement goes in addressing the key structural issues that brought the U.S. to the negotiating table 17 months ago.”

President Donald Trump, who first announced the agreement via Twitter, said that work on a follow-up Phase 2 agreement would begin immediately.

That announcement came minutes after the House Judiciary Committee approved impeachment charges of abuse of power and obstruction of Congress, leading the White House to argue that the president “never stops working and continues to make successful deals that benefit this country.”

Chinese officials said at a briefing in Beijing that if the administration reduces its tariffs, China will lower its trade penalties on American goods and also scrap plans for new tariffs Sunday.

Friday’s announcement was a long time coming. Trump had first announced a Phase 1 deal on Oct. 11, but negotiations on a final version continued for two months. Financial markets rallied in Asia on hopes for reduced trade tension. But stocks were down modestly in early trading on Wall Street.

The administration accuses China of cheating in its drive to develop such advanced technologies as driver-less cars and artificial intelligence. The administration alleges — and independent analysts generally agree — that China steals technology, forces foreign companies to hand over trade secrets, unfairly subsidizes its own firms and throws up bureaucratic hurdles for foreign rivals.

Beijing rejects the accusations and contends that Washington is simply trying to suppress a rising competitor in international trade.

Since July 2018, the Trump administration has imposed a series of trade sanctions on China, sometimes changing or delaying planned tariff rates.

Friday’s announcement means that the U.S. will continue to impose 25% import taxes on $250 billion in Chinese goods and will halve the tariffs on another $112 billion to 7.5%. It will drop plans to target an additional $160 billion. That step would have extended the tariffs to just about everything China sells the United States and would have hit consumer items such as toys and smartphones that have so far largely been spared.

Beijing has retaliated by taxing $120 billion in U.S. exports, including soybeans and other farm products that are vital to many of Trump’s supporters in rural America.

Mary Lovely, a trade economist at the Peterson Institute for International Economics, said it”s unlikely that Friday’s deal delivers enough benefits for the U.S. to outweigh the costs of the trade fight so far.

U.S. farmers lost billions of dollars in income, companies paid billions in tariffs and in many cases shifted their supply chains, and consumers saw some prices increase.

“Many of us are highly skeptical that the agreement will be enough to outweigh these other costs,” Lovely said. “The U.S. didn’t move the needle very much.”

Still, the agreement should help smooth some of the uncertainty surrounding global trade, Lovely said. “We have a cease-fire, we have some roll back, that is very significant,” she said. “We were kind of on a brink here, and we saw the negotiators pull us back.”

Repeated rounds of negotiations had failed to achieve a substantive deal. The prolonged uncertainty over Trump’s trade policies has curtailed U.S. business investment and likely held back economic growth. Many corporations have slowed or suspended investment plans until they know when, how or even whether the trade standoff will end.

A far-reaching agreement on China’s technology policies will likely prove difficult. It would require Beijing to scale back its drive to become a global powerhouse in industrial high technology, something it sees as a path to prosperity and international influence.

“This deal would amount to a modest de-escalation of trade hostilities but hardly resolves the fundamental trade and economic tensions that are dampening business sentiment and investment in both countries,” said Eswar Prasad, an economist at Cornell University and former head of the International Monetary Fund’s China division. “It is a promising sign that the two sides are talking and making progress on resolving their differences. But the elements left for Phase 2 of the trade talks are far thornier.”

Efforts to acquire foreign technology are a theme that runs through Chinese law and government. Security researchers have asserted that Beijing operates a network of research institutes and business parks to turn stolen foreign technology into commercial products.

The Trump administration has been seeking a way to enforce any significant trade agreement with China, reflecting its contention that Beijing has violated past promises. One way to do is to retain some tariffs as leverage.