Trump was taped talking of paying for Playboy model’s story 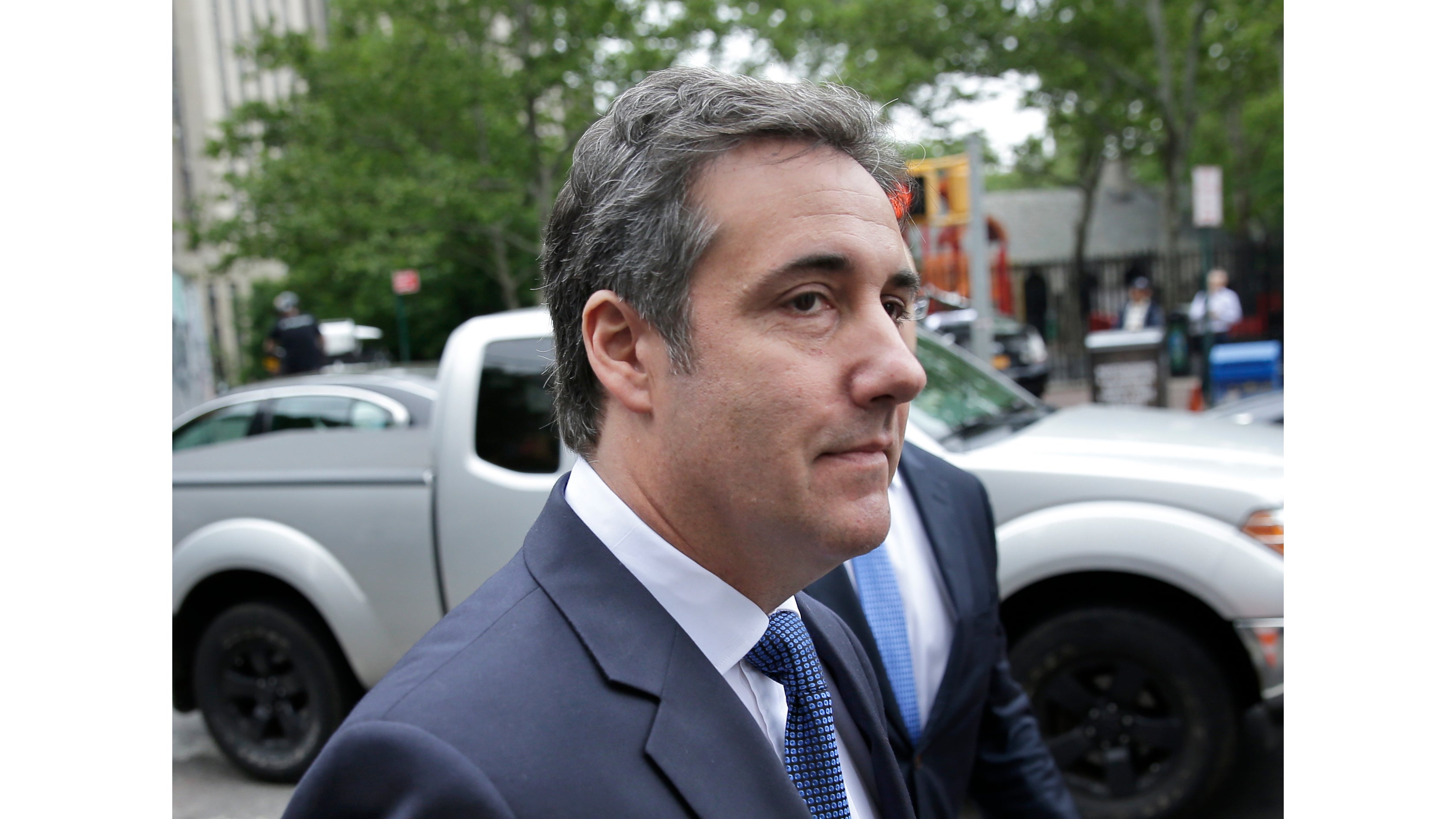 NEW YORK (AP) — President Donald Trump’s former personal lawyer secretly recorded Trump discussing a potential payment for a former Playboy model’s account of having an affair with him, people familiar with an investigation into the attorney said on Friday.

The recording by attorney Michael Cohen adds to questions about whether Trump tried to quash damaging stories in the run-up to his 2016 election. Trump’s campaign had said it knew nothing about any payment to ex-centerfold Karen McDougal. It could also further entangle the president in a criminal investigation that for months has targeted Cohen, his onetime lawyer and close ally.

Current Trump attorney Rudy Giuliani said the payment was never made and the brief recording shows Trump did nothing wrong.

“The transaction that Michael is talking about on the tape never took place, but what’s important is: If it did take place, the president said it has to be done correctly and it has to be done by check” to keep a proper record of it, Giuliani said.

One of Cohen’s lawyers, Lanny Davis, said “any attempt at spin cannot change what is on the tape.”

“When the recording is heard, it will not hurt Mr. Cohen,” Davis said in a statement.

Cohen surreptitiously made the recording two months before the election, according to a person familiar with a federal investigation into Cohen. The person spoke to The Associated Press on the condition of anonymity to discuss the ongoing inquiry.

The conversation between Trump and Cohen came weeks after the National Enquirer’s parent company reached a $150,000 deal to pay McDougal for her story of a 2006 affair, which it never published, a tabloid practice known as catch and kill. Trump denies the affair ever happened.

The company’s payment effectively silenced McDougal through the election, though days beforehand news of the deal emerged in The Wall Street Journal. At the time, a Trump spokeswoman said his campaign had “no knowledge of any of this.”

But in the recorded conversation, Trump and Cohen appear to be discussing buying the rights to McDougal’s story from the Enquirer’s parent company, according to the person familiar with the investigation.

The recording, first reported by The New York Times, likely will revive questions about what other recordings of Trump’s conversations might exist. As a businessman, Trump occasionally recorded his phone calls, a former Trump Organization executive told the AP last year, although Trump once denied doing so.

The Cohen investigation, by federal prosecutors in New York, is separate from an ongoing inquiry by special counsel Robert Mueller into potential coordination between the Trump campaign and Russia.

Cohen hasn’t been charged with any crime.

A self-described fixer for Trump for more than a decade, he said last year he would “take a bullet” for Trump. But he told an interviewer this month that he now puts “family and country first” and won’t let anyone paint him as “a villain of this story.” On Twitter, he scrubbed mentions and photos of Trump from a profile that previously identified him as “Personal attorney to President Donald J. Trump.”

Cohen wouldn’t say in the recent interview whether he would cooperate with prosecutors. If he decided to do so, it could be risky for the Republican president, given the pair’s close relationship over the years.

McDougal’s former attorney, Keith Davidson, has been cooperating with investigators in the Cohen probe, Davidson spokesman Dave Wedge has said. He declined to comment on Friday.

The Enquirer’s payment to McDougal gave the tabloid the exclusive rights to any story she might ever wish to tell about having an affair with a married man.

She later publicly alleged that the Enquirer had tricked her into accepting the deal and had threatened to ruin her if she broke it. After she sued the tabloid seeking to invalidate the contract in March, the Enquirer agreed to allow her to tell her story.

Hours before the Times revealed the recorded conversation, Cohen met in New York with the Rev. Al Sharpton, a frequent critic of Trump.

Cohen and Sharpton said in tweets they have known each other for 20 years. Cohen contacted the civil rights activist in recent weeks, longtime Sharpton spokeswoman Rachel Noerdlinger said.

She said the two revisited conversations they’d had over the years when Cohen was Sharpton’s conduit to Trump during clashes over race issues and over Trump’s questioning of the authenticity of former President Barack Obama’s birth certificate.

Cohen tweeted there’s “no one better to talk to!” than Sharpton, who used his own Twitter account to advise readers, “Stay tuned.”