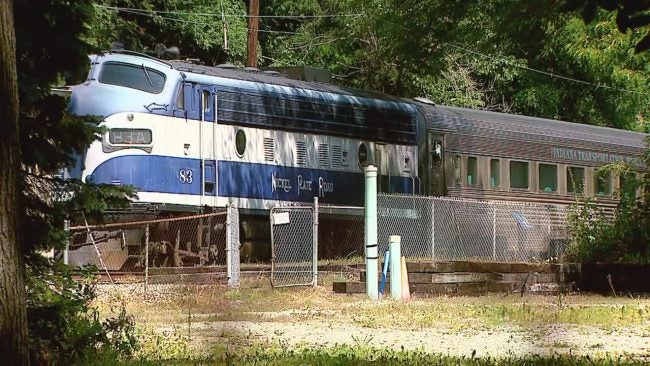 FISHERS, Ind (WISH) – A decision over whether the popular Indiana State Fair Train will run is expected to be made soon.

The fair opens Friday, and crews are racing to put finishing touches on the fun in both Indianapolis and Fishers.

Indiana Transportation Museum officials said work is underway near city hall in Fishers where fair goers will board the train.

The train is a state fair staple. For more than 30 years, it’s driven goers to the grounds. Last year alone, the museum says 15,000 people took it.

“You see areas that you haven’t really seen before,” Westfield resident Lynn Wendeln said. “I liked it a lot.”

But first, the Hoosier Heritage Port Authority needs to sign off. On The group inspected tracks Tuesday.

This comes three weeks after it passed a resolution saying the museum had to make 13 changes, including track improvements, proof of insurance and equipment upgrades before it could operate.

Fishers Mayor Scott Fadness also expressed concern unless changes were made. The museum said it’s made improvements, and wants the train to run. In order to do so, the county board needs to sign off.

The fair train is the museum’s biggest fundraiser. If inspectors don’t sign off, the museum said it’s still going to keep working on the tracks. Would-be riders we spoke with certainly hope it gets approved.

“I know a lot of people who love using the fair train, that’s part of the whole experience,” Wendeln said. “So I think it would be very disappointing.”

Museum county leaders will gather Tuesday night for a closed-door meeting. The decision will be announced Wednesday morning.