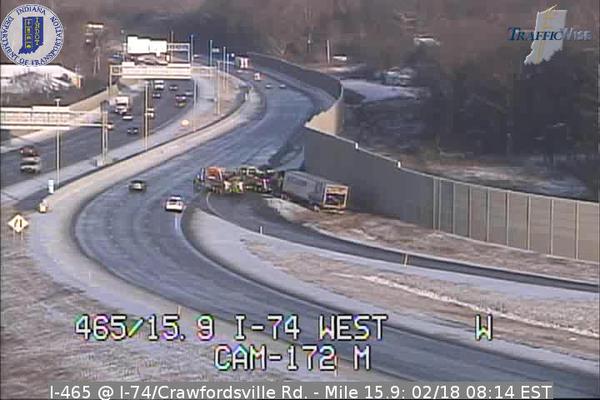 INDIANAPOLIS (WISH) – Most of Central Indiana is under a winter weather advisory until 10 a.m., after overnight snow.

The snow was making roads slick and causing crashes throughout the area. Multiple crashes tied up traffic on Indianapolis-area interstates Wednesday morning.

As of just before 6:30 a.m., the Boone County Sheriff’s Office said roads were slick and covered with snow. Similar conditions prompted Monroe County authorities to issue a travel advisory at 5:45 a.m.

Click here to see the travel status for every Indiana county.

These are the counties under the advisory until 10 a.m.:(Story continues below image)

Heavier snow will remain south of I-70. Places north of I-70 could see up to an inch of snow, according to Storm Track 8.

Watch Daybreak through 9 a.m. for updates, and download the WISH-TV Weather App for live interactive radar where you are.