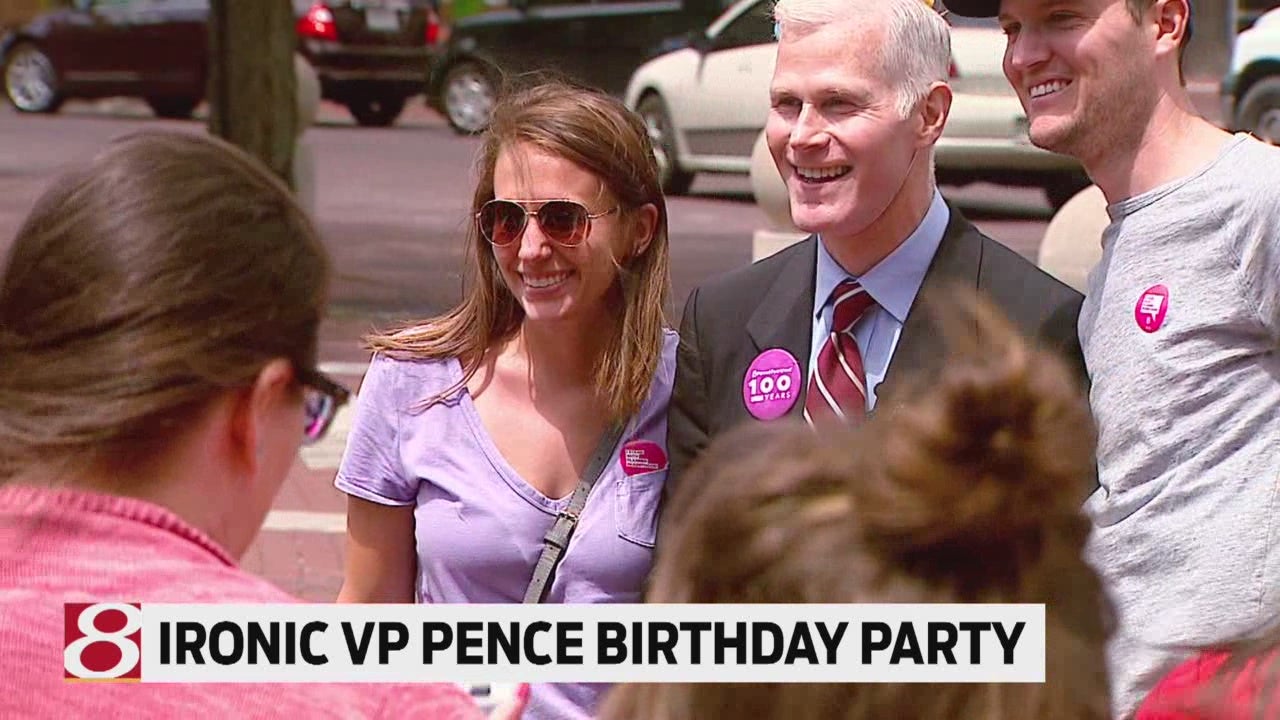 INDIANAPOLIS (WISH) — Planned Parenthood in Indiana threw Vice President Mike Pence a birthday bash. An ironic party the agency said because the vice president is out to defund them.

It happened Wednesday afternoon as Indianapolis Lunch-goers were treated to a surprise. A group huddled around what looked like one of Indiana’s most famous citizens.

But the grey hair, jacket and smile didn’t fool everyone, because the shorts made it obvious the vice president wasn’t in town.

“Mike Hot Pence,” as the impersonator is known, who wears shorts, was at Monument Circle in downtown Indianapolis for a reason. Planned Parenthood gave cupcakes, collected money and raised awareness using the vice president’s birthday.

For some, there is a reason to celebrate the vice president’s birthday. While he was governor of Indiana. He was a major pro-life advocate. Each year, signing at least one abortion bill.

“During the time that he was governor, the abortion rate went down every year,” Indiana Right to Life vice president of public affairs Sue Swayze Liebel said.” “And four clinics were closed during that time as well.”

Liebel believes with Pence in D.C., the pro-life push will extend beyond Indiana. “To have someone like him in that position where he can be very visible, and be very influential in the life issue is very exciting for us,” Liebel said.

Despite possibly losing funds, Planned Parenthood says it also has reason to be excited. It’s hoping what happens in D.C. will energize its supporters.

No matter the side, each believes there could be a lot to celebrate for future Pence birthdays. “This fight does not today, tomorrow or any other day,” Savala said.

The fight over women’s healthcare isn’t over in Indiana. Despite Vice President Pence in D.C., Indiana lawmakers passed women’s health legislation. Recently, Gov. Eric Holcomb signed a bill requiring minors to get consent before an abortion.