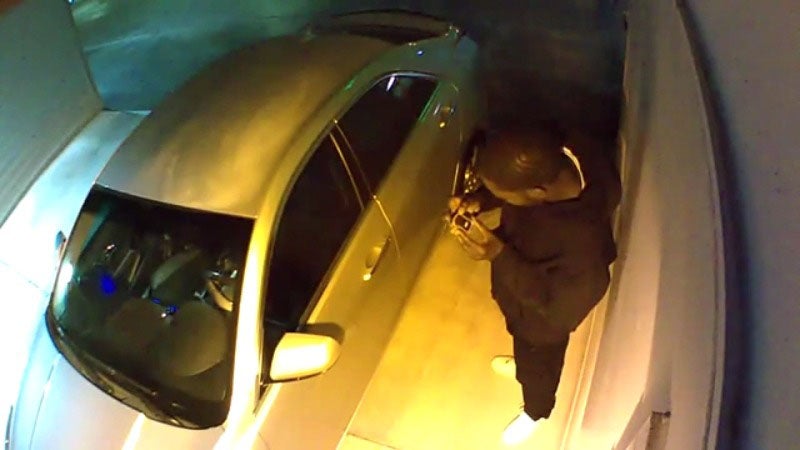 MILWAUKEE (CNN) — A polite burglar made off with thousands of dollars in electronics and a car from a Wisconsin couple’s home.

As the surveillance video shows, he also took off his shoes and shut the garage door on his way out.

A Riverwest neighborhood couple is missing their car, computer and a bunch of electronics after the man broke into their home. He got inside by first going into their locked car.

The homeowner, who was only identified in a WTMJ report only as “Alex” and did not want to show his face, said, “A guy came, was able to break into my car, which allowed him to get the garage door opener, which allowed him access to the inside of the house.”

“Alex” said the burglar took a while to figure out how to work their garage door, but once he was inside their three-story condo, he did what the homeowners usually do.

“Took his shoes off here.”

The video shows the burglar holding the shoes as he goes back outside to their car. He then comes back inside and gets to work. He stole items from their office, then made his way to the second floor bedrooms. He also grabbed an iPad that was charging in the bathroom right next to their room.

“Alex” said, “He is literally 3 feet from the head of my bed where we are sleeping. It’s unbelievable. It is extremely scary, and I feel fortunate we didn’t wake up to be honest because it looks like he did have a gun from the footage.”

The burglar made his way through each floor of their home.

“Alex” believes the burglar loaded the loot into the other car in the garage, then took off.

“Alex” said, from now on, he’ll lock the door that goes from the garage into their home and they’ll keep their garage door openers inside at night.