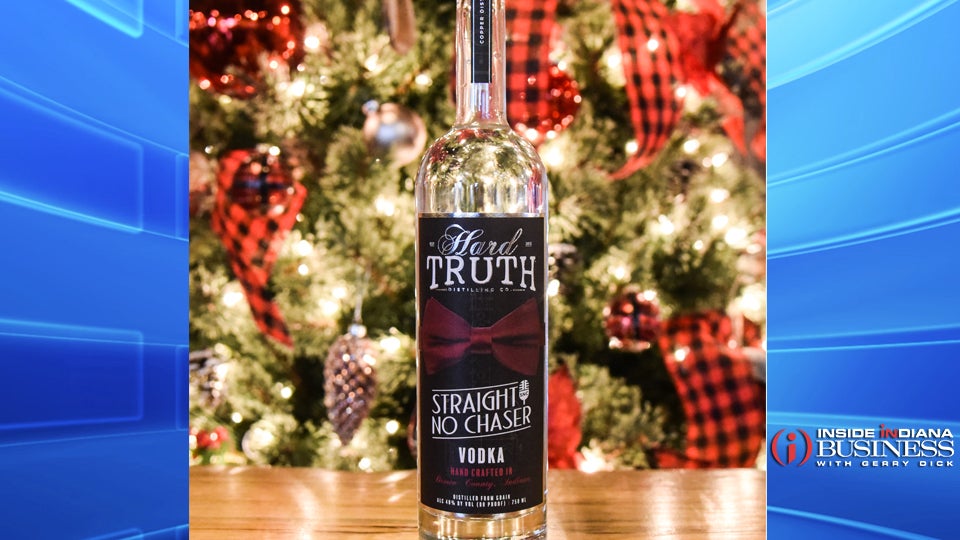 BLOOMINGTON (Inside INdiana Business) — The Indiana University-rooted a cappella singing group Straight No Chaser has launched its own brand of vodka, an idea generated as a result of an academic project at IU’s Kelley School of Business.

Students taking part in the Kelley Direct online MBA program last summer were given a challenge to help the singing group identify new sources of revenue, beyond touring. The students broke into teams to come up with real-world business concepts as part of a live-case project.

“The ideas that the Kelley Direct students develop all have scope to succeed and we deliberately source clients that have real, strategic problems and want to implement the suggestions,” said Will Geoghegan, clinical assistant professor of management at Kelley.

During a brainstorming session, one team proposed a beverage concept. The university says the idea led to the concept of the Straight No Chaser vodka.

“When the team first presented the vodka concept internally, it wasn’t initially well-received,” said Regan Stevenson, assistant professor of management and entrepreneurship with the IU Kelley School of Business, who taught the cohort. “But as they began to test and validate the concept locally — talking to consumers, store managers and distillers as part of their primary market research — it became obvious that the vodka concept had high market demand, was technically feasible and was a highly scalable way to generate passive income for SNC.”

But the students still needed to present the idea and a detailed business plan to the singing group as part of a competition against other teams proposing their ideas.

“Our whole team was very surprised that Straight No Chaser didn’t just pursue our idea, but that they picked it in the first place,” said Vincent Holloway of Bloomington, Indiana, one of five students on the winning team.

The singing group is partnering with Brown County-based Hard Truth Distilling Co. to market the beverage. Hard Truth Straight No Chaser vodka is available at all Big Woods Restaurant locations and select liquor and grocery stores in Indiana and Kentucky.

Straight No Chaser was founded as a student group at IU in 1996 and has since released seven albums. They’ll be performing Friday at IU.