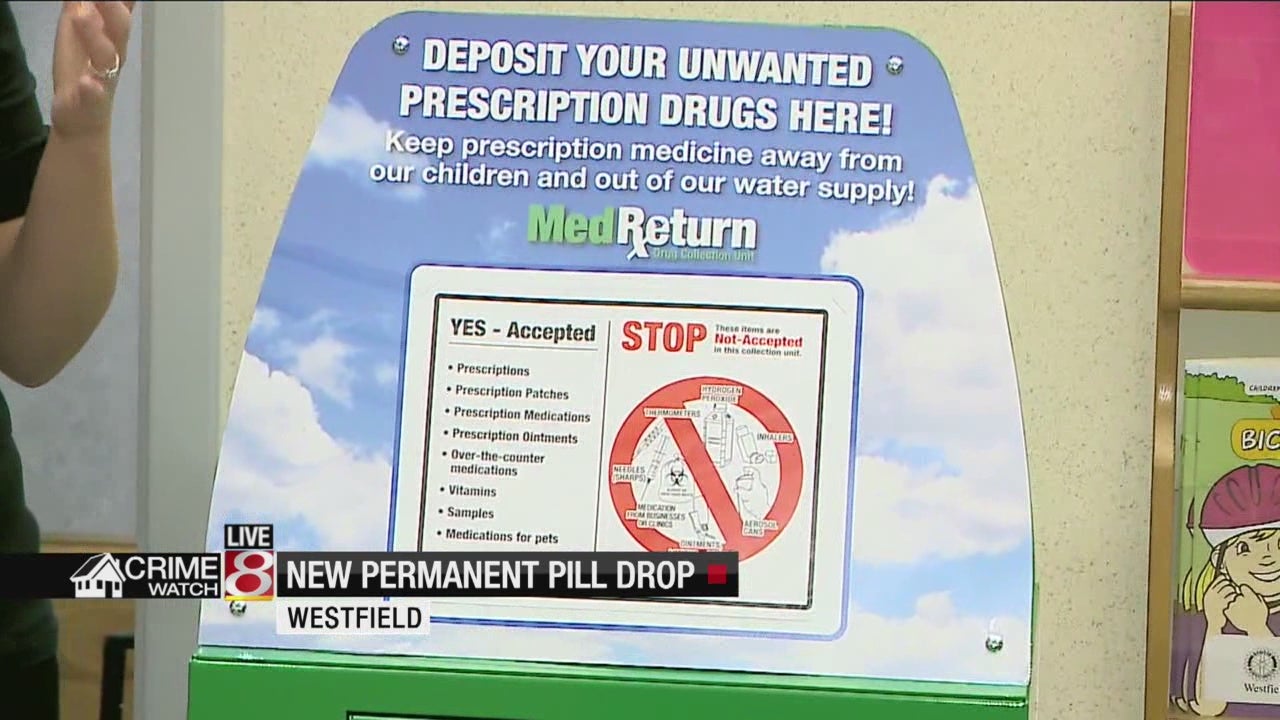 Officials say there’s now a permanent location for anyone to drop off unused and expired prescription drugs. It’s all to keep those meds out of the hands of those who shouldn’t have them.

Police say you can come and drop off sealed containers and even liquids anytime between 7:30 a.m. and 4 p.m. Monday through Friday.

Officials say this is all part of the larger effort through the attorney general’s office to combat the misuse of prescription medicine. According to the AG’s office, every 25 minutes in the U.S., someone dies from a prescription drug overdose. One in 20 people have used prescription painkillers for non-medical reasons.

“Our goal is to keep Westfield residents safe from danger,” said Chief of Police Joel Rush in a statement. “Sometimes dangerous situations don’t arise from robberies or shootings. Sometimes that danger can come from everyday sources, such as the misuse or abuse of prescription medication.”

24-Hour News 8 did some checking into other municipalities that have these drop boxes. There are similar drop boxes in the lobby of the Marion County Jail downtown, Lawrence, Noblesville and Fishers, among others.

Check with your local police department to see if they have a safe place for you to drop off those meds, if you don’t live close to those locations.