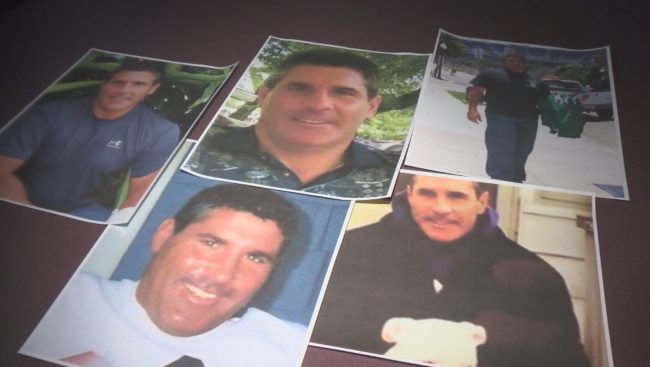 She cleans off the headstone and talks to her big brother.

“Well, Garth,” she said during a mid-June visit. “You shouldn’t be here. I shouldn’t be visiting you here but we’ve been doing it a lot.”

Garth Rector died in March of 2008. He rented a home from a woman he dated. That woman found him shot and killed in the kitchen, according to detectives.

Police are still looking for the killer and Mock is looking for closure. Her family is offering a $10,000 reward for information leading to an arrest of the killer.

“I miss my brother. He was my only brother,” she said. “He coached my son in wrestling. His daughter, he missed walking her down the aisle. That’s not fair.”

Detective Kurt Walthour digs through the evidence every week. His team has recorded more than 100 interviews and filled at least a dozen notepads with tips.

They’ve identified three persons of interest but no suspect.

“It’s stressful,” Walthour said. “You want to solve the case for the family and everyone else. You get to know the family after eight years of working the case.”

Investigators still get phone calls on the case. They can’t say exactly what the tips are, but Walthour says just within the last few months he’s picked up some new leads.

Mock said detectives can’t tell her all the details either.

She comes to the gravesite and asks for her brother’s help. She asks for a sign so police find the killer.

“For our family as well as for myself, I need to know why,” Mock said. “Until I see this person face-to-face, I’m not going to know why.”

Rector and his wife separated about five months before his death. The couple planned to get back together but Rector did date other women during the separation.

Mock said she wonders: did one of their husbands or boyfriends kill Rector? She also wonders if the killer was a burglar who took off before he could steal anything.

Whoever did it, Mock says she knows what she’ll ask if she ever meets the killer.

“Why did you feel you like you had the right to take a person’s life? To take a son, a brother, a husband, a father? That’s not right,” she said.