Why craft beer is booming in Indianapolis 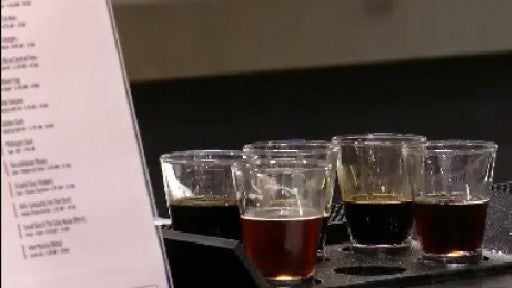 INDIANAPOLIS (WISH) — As if beer fans in Indy need another reason to cheer the weekend, Sunday is National Beer Day.

Over the last decade, craft beer in Indianapolis has gotten more popular. Sun King Brewery downtown was the first to open in the area in 70 years. Now, there are 45 breweries in central Indiana.

“Craft breweries: They’re gathering places for communities, so they tend to be a little more of a melting pot,” he said.

Sun King believes one reason for its growth is that Hoosiers now care more about where their food and drink come from.

“A lot of us as brewers, we use high-quality ingredients. We use imported ingredients,” he said.

The rise in the craft beer industry is helping Indy’s bottom line. Visit Indy, the Indianapolis tourism group, said craft beer is a big contributing factor to the 28.8 million visitors to the city annually.

Nate Swick, communications manager at Visit Indy, said, “We have a beer guide on vistindy.com, and people are driving to that website more than ever before.”